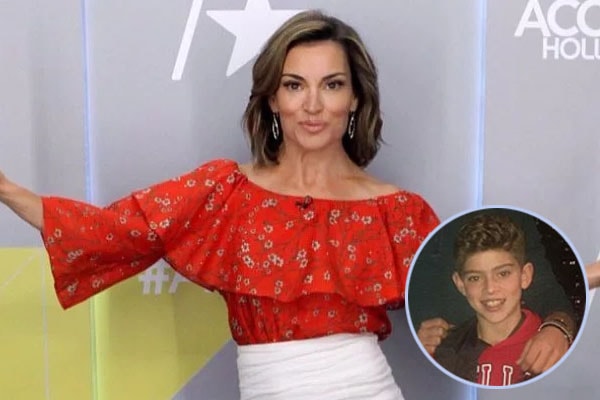 The American TV personality, Kit Hoover‘s son Crowley Sullivan Jr. was born on the 16th of March 2007. Crowley is Kit’s only son whom she had with her husband, Crowley Sullivan.

Kit Hoover has got three children altogether, two daughters and a son. Crowley Jr. is the smallest and has got two elder sisters named Hayes Sullivan and Campbell Sullivan. Being the smallest one in the family, everyone adores Crowley Jr. a lot.

The 11-year-old Crowley Sullivan Jr. is yet to have his social media accounts though he is often seen in his mother’s Instagram handle. And from that what we have learned is that the handsome Sullivan Jr. loves to have fun-filled moments with his family members.

Either Crowley is spotted at football games with his family members or alongside his two elders sister having fun.

Nevertheless, as stated before, Crowly is surely adored by everyone in the family.

All Hail to Queen Bug. ??? Simply the best!!! pic.twitter.com/3sZKgfYyOy

It looks like, among all the family members, Crowley tends to spend a lot of time with his mother Kit. One time Kit uploaded a photo of her son Crowley and stated how he beat her in fourteen out of 16 hands of Gin Rummy. So, Crowley knows his way around with cards then.

On Crowley Sullivan Jr.’s eleventh birthday, Kit uploaded a cute baby picture of his. Below it many followers of her wished Crowley his birthday and commented how cute and adorable he is.

Kit Hoover’s son Crowley has yet to explore a lot. Now only time will tell us whether or not Crowley will follow the footsteps of his celebrity mother, or choose a different path.

The name Crowley is basically an Irish surname. It is derived from the Gaelic ‘O’Cruadhlaoich’ which means ‘descendant of the hard hero.’