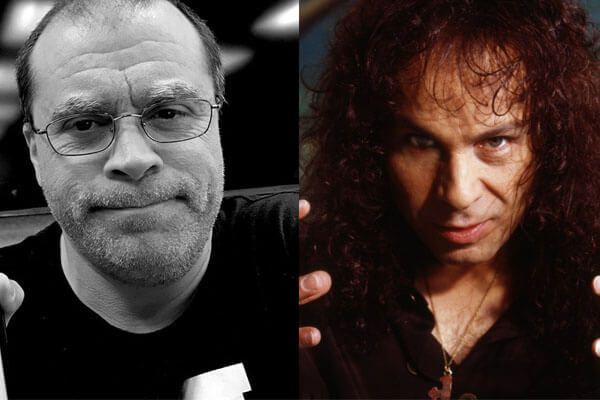 American fiction writer Dan Padavona was born on July 21, 1968. He is Ronnie James Dio‘s son with his first wife, Loretta Berardi. He is the couple’s only child together. Dan is a former meteorologist with the United States government. He began his writing career in 2014, aftering publishing his first novel, Storberry. As for Dan’s relationship status, he is married to his wife, Terri Padavona, with whom he has two children.

Born on July 10, 1942, Dan’s father Ronnie sold many musical records over his six decades of career. The music legend died on May 16, 2010, in New Hampshire, USA. His surviving family members, such as his son Dan, keep his legacy going by being successful in their field of profession. As such, Dan is an author of best-selling books such as Storberry (2015) and his Scarlett Bell serial killer thriller series. Dan lives in New York with his family

Like many successful writers, Dan Padavona has released a number of fiction books. As evident, his books have sold well and fans rush to buy his newly-announced books with sheer enthusiasm. Dan is well-known for his fictional masterpiece, the Scarlett Bell serial killer series. On Amazon, Dan’s books receive positive reviews from his readers. For this he thanks all of his family and friends who encouraged him to trust his instincts and pursue a career in writing.

Likewise, novelist and fictional guru Dan Padavona’s books include Kill Shot (2018), Quilt: Dark Horror (2018), Dead Ringers (2019), Blood Storm (2018), Mind of a Killer (2018), The Island: Tales of Terror (2014), Crawlspace (2016), etc., among others. Like his father, Dan is going to leave a legacy of vivid and gripping authorship. He will be counted among fantasy powerhouses such as J.K. Rowling, George R.R. Martin and many other widely popular writers of the 21st century.

Going through his Twitter, it’s apparent that Dan also loves NCAA football games. He watches them with sheer enthusiasm.

Similarly, Dan Padavona likes listening to the Beatles while he relaxes from the tiring process of churning out his next best-seller. He’s an old school guy, and his music tastes are that of the 70s and 80s, the decades in which he spent his childhood and youthful years. Like his father Ronnie, Dan may not make any metal music, but he sure does write breath-taking horror-themed novels.

Dan is a Hebrew origin name, which means “God is my judge.”