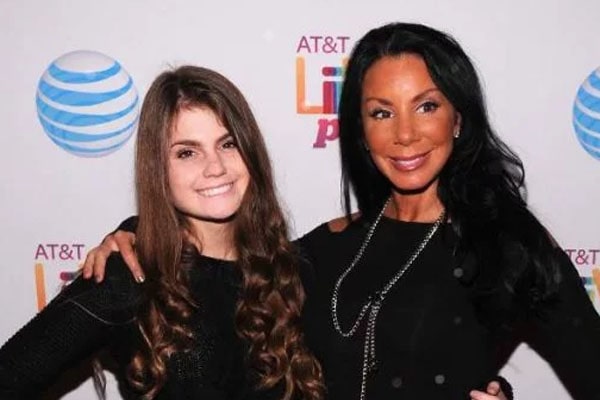 Danielle Staub has a daughter named Jillian Staub, born on the 14th of May 1998. Image Source: getty Images

Jillian Staub, Danielle Staub‘s daughter, was born on the 14th of May 1998. Danielle shares Jillian together with her ex-husband Thomas N. Staub. The ex-pair exchanged their wedding vows in 1993. Unfortunately, things didn’t go well between the two and later got divorced in the year 2007.

Jillian is not the only child of her mother. She has an elder sibling sister named Christine Staub, born in the year 1994. Including her family background, we still have a lot to know about Jillian. Now, let’s get to know more about her in detail.

An Achiever in Academics

Danielle Staub’s daughter Jillian Staub seems to have shifted her focus to academics and made her mother prouder than ever before.

Jillian is currently completing her graduation from Monmouth University. There she joined a sorority as pre-law that is attached to the Autism Speaks foundation. Not only her experience in college inspired and motivated so much, but she also decided to pursue her career in a special course. With that, Jillian took the first step by taking her Praxis exams, a series of American lecturers verified exams administered and written by the Educational Testing Service.

The mother of two wrote on her IG caption,

“Christine and Jillian are the loves of my life. I’m a solo parent, now going into my 18th year of solo parenting.”

Jillian Staub’s sibling Christine Staub has already completed her graduation from Seton Hall University with a double major in sociology and psychology. Currently, she is even pursuing her career in modeling. It looks like Danielle couldn’t be more proud of her two daughters.

Is A Sweet Baker

Besides being a college student, Jillian is a self-taught lactose-free baker. She even has made a separate Instagram blog account for showcasing her mind-blowing baking skills, naming it Baked With Sweetness.

The multi-talents of the college girl is really to be appreciated. Wonders come through from those extremely beautiful, sweet, and soft hands of 20-year-old Jillian.

As we all know, Danielle Staub’s children Christine and Jillian Staub, are the two most important people in her life. Obviously, her fans remember them as her two adorable kids from RHONJ. As time passed by, both lovely daughters grew up to become fine young ladies.

Jillian and Christine Staub are very focused on studying and clearly seem to have new dreams for their bright future ahead. No doubt, mama Danielle has raised them with good values.

Is Active On Social Media Handles

Jillian Staub seems very active on her Instagram account, with 23.6K followers as of December 2019. However, as of now, she has kept her IG handle private. Also, she has a VSCO account, and there she posts awesome pictures relating to her life. She is seen partying with her friends and family, including her pets.

Not only Jillian but her elder sister Christine is active on social media handle but follows the same motto as her younger sister does. Christine also has kept her Instagram handle private. This clearly showcases how similar the two sisters are and follow the same life mantra.

Danielle Staub’s daughter Jillian Staub seems to have a wonderful relationship with her boyfriend named Dan Kaufman. The mother also seems to support the relationship between two love birds in every way.

It seems very obvious that Jillian is very close to her sister Christine and shares an unbreakable bond with each other. Also, Christine is in a very good relationship with the Argentinian man named Ivan Maggi and the adorable couple seems very happy. It looks like, the two sisters make awesome choices in every part of their life.

The Real House Wives Of New Jersey fame, Danielle Staub is happy and a proud mother of her two daughters, doing everything right. We surely can’t wait to see what the two sisters might do in the coming days ahead!

Jillian is a universal name of English origin providing the meaning of “child of the Gods.”