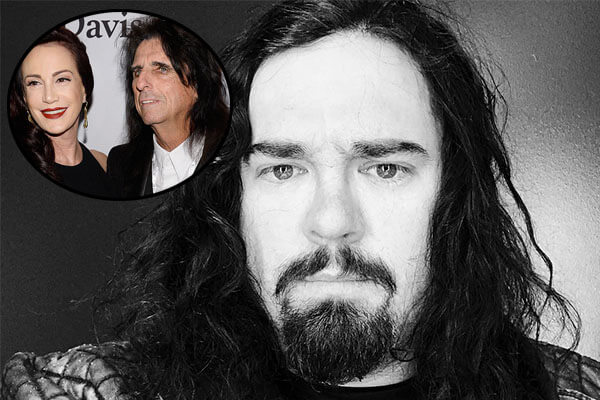 Known as Dash, Dashiell Cooper is the American shock rock singer Alice Cooper‘s son, whom he had with his wife Sheryl Goddard. Born on 3rd June 1985 in Phoenix, Arizona, Dashiell aka Dash is the couple’s only son together. His parents are happily married since 1976, Dashiell, too, is married to his gorgeous wife Morgan Cooper, with whom he has three children. Like his father, Dashiell is spiritual and he is also a devoted Christian believer.

Furthermore, Dashiell is the second child of his parents. Besides their son Dash, the macabre artist Alice and his longtime wife Sheryl have two other children, both daughters. The couple’s daughters are named Calico Cooper and Sonora Rose Cooper. Calico, born in 1981, is Dashiell’s elder sister, while Sonora, born in 1993, is his younger sister as well as the youngest in the family.

Following his father Alice’s footsteps, Dashiell Copper got into music from an early age. He used to watch his father perform live and later became inspired to pursue a career in rock. Surely, the father-son duo bond with each other when it comes to their personal as well as their professional lives. Dashiell recently took to his Instagram to wish his father Alice a happy father’s day.

As mentioned, Dashiell is an American singer, songwriter as well as an actor. Dash is a vocalist of the rock and roll band CO-OP. Likewise, Dash is an Arizona State University graduate, and he played in a band named Runaway Phoenix when he was a student. In 2013, his father Alice joined his son’s band, CO-OP, for a show to raise money for Solid Rock.

Dashiell Cooper Lives A Married Life With Wife And Children

Dash aka Dashiell Copper became a married man in 2011 when he tied the wedding knot with his wife, Morgan Cooper. Dash and Morgan’s wedding pictures were taken by the photographer group known as “the Chansons”. The photos are simply amazing, to say the least. Have a look at yourself!

The couple’s wedding paid off, as Dashiell’s wife Morgan gave birth to twin sons a couple of years later. Dashiell Cooper’s twins are named Riot Cooper and Falcon Cooper. Moreover, Alice Cooper is beyond happy to be a grandfather. Morgan Cooper became pregnant a second time in 2018, and soon afterward gave birth to her third baby son, Rexington King Cooper, aka Rex.

The mother of three loves to nurture and pamper her adorable little children.

Dashiell is an Anglicized form of the Old French surname “de Chiel”. The name changed from de Chiel to Da Chiell, to Da Shiell, to Dashiell. Its meaning hasn’t been specified yet.