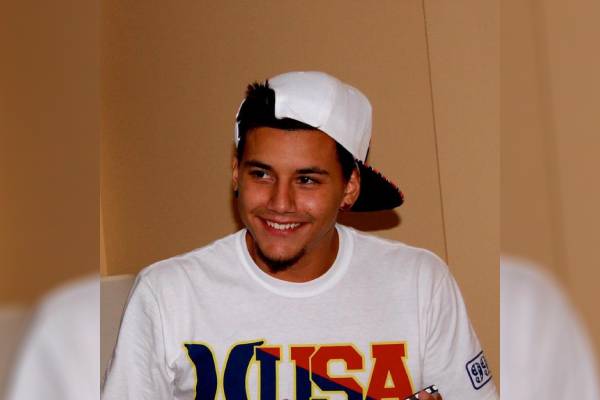 With a career stretching over three decades, the Washington Nationals manager, David Martinez or Dave Martinez, has garnered considerable name and fame in the league. He has been managing the MLB team since 2018. Before that, the talented manager was the coach of two MLB teams, the Chicago Cubs and Tampa Bay Rays.

With all that said about the baseball personality’s professional life, now let’s take a look at his personal life. He is a married man with four kids. All of his children have grown up, and some of them have already started their families. So, today let’s learn more about Dave Martinez’s son, Jagger Lee Martinez.

Jagger Lee Martinez was born on 25 September 1992 in Florida, USA. He is the second child of the baseball professional Dave Martinez and his wife, Lisa Martinez. Moreover, his parents tied the knot back in the mid-eighties and have been together ever since.

As already mentioned, the Washington Nationals manager’s little boy grew up in Safety Harbor. He completed his high school education at Countryside High School in Clearwater, Florida, in the early 2010s.

During his high school year, he was active in sports and soccer and played under the coach, Dave Sica. He earned various awards, including Offensive Player of the Year and Pinellas County Player of the Year. In addition, he contributed to his team’s three appearances in the US Youth Academy playoffs.

Furthermore, Jagger attended Northwestern University for a while. There, he appeared in four games and tallied his first career shot against Rockford College. Later, Jagger transferred to the University of Tampa. He continued his playing career there and was one of the significant players on the men’s soccer team at UT. Additionally, Dave Martinez’s son majored in marine biology.

Is Engaged With Mercede Colon

Jagger came to public attention for being the son of a famous baseball manager. Apart from that, he also accumulated significant fame from his successful collegiate career, resulting in a lot of queries about Jagger, including his love life.

Well, Dave Martinez’s son is happily engaged to Mercede Colon. The couple has been dating since 11 May 2021 and got engaged on October 16 of the same year. Jagger Lee Martinez’s fiancée is a graduate of McKeel Academy of Technology. Additionally, she is also a student at St. Petersburg College.

The lovely pair seems head over heel in love. They have shared many lovey-dovey pictures on their Facebook accounts. Hopefully, we will soon hear wedding bells and wish the lovebirds’ relationship will last forever.

Moreover, before Mercede, the UT graduate dated Emma Jane Prescott for a few years in the mid-2010s.

Overall, Dave Martinez’s son has grown up to be a handsome man and loving partner to his soon-to-be wife. He also had a successful collegiate playing career. We wish Jagger Lee Martinez the best in the coming days.

Jagger is a unique name of British origin, meaning One who cuts or Carter. On the other hand, Lee is an English name that means Meadow or Pasture.