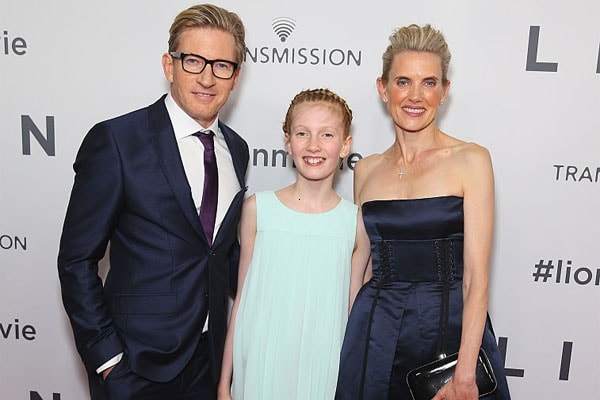 David Wenham is a proud father of two children and both of them are daughters named Millie Wenham and Eliza Jane Wenham. He had his two daughters together with his partner Kate Agnew. David and Kate started dating each other since 1994 and have been together ever since.

However, the love birds have not got married yet. Now let us know more about the two sisters, Millie and Eliza.

One of David Wenham’s children, Eliza Jane Wenham, born on the 10th of October 2002, is a well-trained ballet dancer. She leaned her ballet skills at Tanya Pearson Academy in Australia. Graceful Eliza was also a part of the Australian Ballet School Invitee 2019. Including that, she also seems to be preparing for the upcoming YAGP NY Finals 2020.

Eliza is also active on her Instagram account with almost 1.5K followers as of October 2019. Her Instagram handle is almost covered with her extremely mesmerizing ballet poses.

The 17 years old eldest daughter of David seems really graceful and calm. She has a younger sister, Millie, who is 6 years junior to her.

Millie Wenham Was Born In November 2008

David Wenham’s daughter Millie is the youngest member of her family, born in 2008. However, information regarding her schooling and education is yet to be revealed.

Millie’s father David is an Australian actor and producer known for his roles in the movie franchise The Lord of the Rings. As Millie is small, David is possibly trying to keep her away from the media limelight. And it looks like the actor wants to see his daughter kick off the career on their own.

Millie Wenham: Millie is a feminine given name of multiple origins, one of them meaning “industrious.”

Eliza Jane Wenham: Eliza is a girl’s name of English origin meaning “My God is an oath.” Whereas Jane provides the meaning of “God is gracious.”