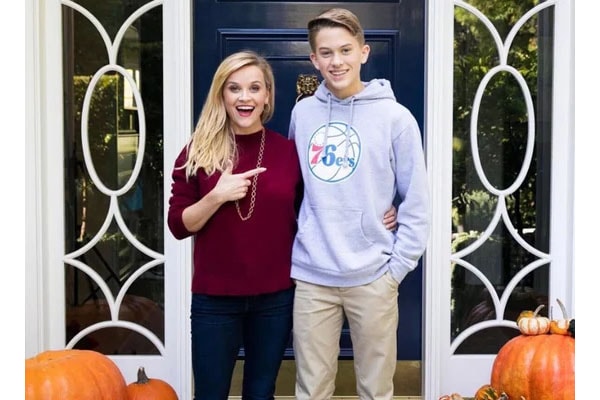 The handsome Deacon Reese also has an older sister, Ava Elizabeth Phillippe who is a model. Alongside that, Deacon also has a half-sibling named Tennessee James Toth, Reese’s son with husband Jim Toth and Kai Knapp, Ryan Phillippe’s daughter with baby mama Alexis Knapp. Deacon Reese Phillippe is famous as the son of Reese Witherspoon.

Deacon Reese Phillippe joined Instagram in December 2016. Deacon has a massive fan following. Although it has not been officially revealed, Deacon Reese might enter the world of film and acting. As Deacon is currently a high-school student and will graduate in 2019, he might follow the footsteps of his parents.

The handsome son of Reese Witherspoon, Deacon Reese Phillippe loves music. He sells his mixed-beats on different sites. Some of the mixed-beats and their price are listed below –