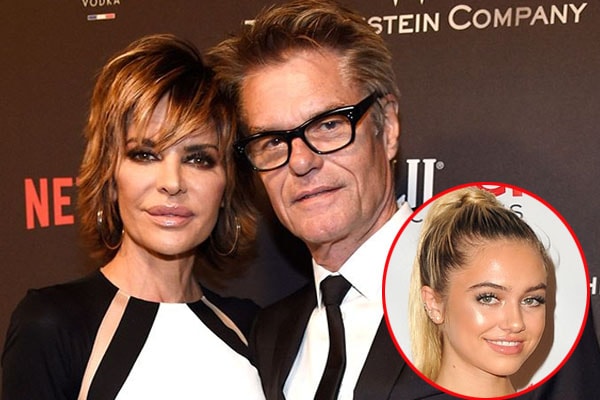 The American actor, Harry Hamlin‘s daughter Delilah Belle Hamlin was born on June 10, 1998, whom he had with his wife Lisa Rinna. Delilah’s mother, Lisa is a renowned American actress and TV personality who appears in the reality show with her daughters.

Delilah Belle is a young model who began her career working with IMG. Currently, she has been casting in the runway shows of New York Fashion. She has a younger sister named Amelia Gray Hamlin who is both an actress and model, and she also has a half-brother named Dimitri Alexander Hamlin from her father’s previous relationship with Ursula Andress.

Harry Hamlin’s Daughter Delilah Belle Is Inspired From Her Parents

The 20-year-old, Delilah has a completely different profile than her parents. Having started her career as a model at such a young age and on top of that, having a successful sphere is something extraordinary to be proud of. She shared that her favorite Jean Icon is Gigi Hadid and that’s Gigi who helped her to walk on the runway. Delilah and Gigi Hadid have also made their appearance on the Real Housewives series.

However, her modeling credit also goes to her parents whom she keeps flaunting on social media. Success is something you can’t achieve alone. You need someone’s appreciation and support to motivate you through. For Delilah, it was her parents who influenced her in most of the ways. She shared that her parents supported her and inspired her to pursue her dream.

Being a model is much more than what you see from outside. Behind the fame and looks, there lives a hectic life which every model tries to escape. Harry Hamlin’s daughter, Delilah openly shares how she wants to be somewhere in a peaceful land. Besides having all these glamours in her life, Delilah wants to escape. She loves to travel and go on a hike. It looks like she needs a break.

Delilah’s mother shared that Delilah had a panic attack when she was eleven. She was bullied in the school and having her own apartment in New York and living alone took great courage for her to go through. She suffered from homesick. However, she has got a best friend at home who accompanies her to sleep and spend time with, and it’s her dog. She adopted her when it was a few weeks old. In an interview with Bravo, Delilah gets us introduced with her best friend, her dog. Have a Look!!!

The name Delilah is of Hebrew origin and it means seductive. Bella is a French word which denotes a beautiful woman.