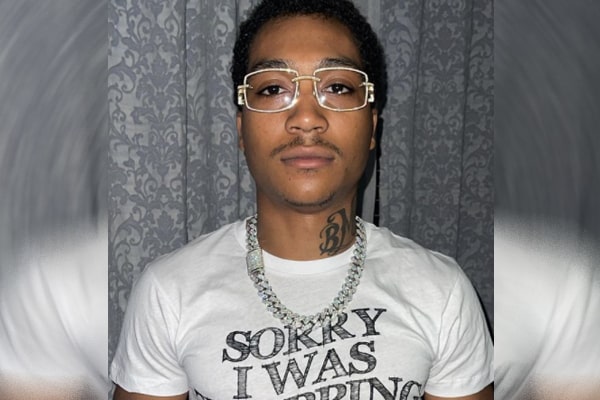 Amidst rejected attempts to leave federal prison early to launching his son in Hollywood, Demetrius ‘Big Meech’ Flenory is continuously looking out for his family. He had started the Black Mafia Family, a drug trafficking and money laundering organization, with his brother Terry “Southwest T” Flenory.

The Black Mafia Family ruled the Mafia world in the 90s and entered the hip-hop music business as BMF Entertainment. The Flenory brothers were convicted to 30 years imprisonment in 2008 after DEA indicted the organization’s members.

However, here we are going to discuss Demetrius ‘Big Meech’ Flenory’s son, Demetrius “Lil Meech” Flenory Jr. Let’s get an insight into his childhood and follow the news of him portraying his father in the upcoming series, BMF. So, buckle up because Lil Meech is a fun personality.

As mentioned earlier, Demetrius ‘Big Meech’ was a dominating name in the Mafia world. Unfortunately, there are little to no accounts of his romantic relationships, but he had birthed three kids with his partners.

Demetrius “Big Meech” Flenory’s son, Demetrius “Lil Meech” Flenory Jr., is the youngest in the family. Lil Meech is in his late teen and is enjoying his robust youth amidst family and music. However, most people think of Lil Meech as the only offspring of Big Meech. He is, in fact, the only son but is the third child in the Big Meech family.

During an interview, Lil Meech revealed that he has sisters who live in Detroit and are in their 30s and added that they were hot twins. He further said that he had a crazy childhood as he spent time with his father. When asked if Big Meech was around when he was a child, he assured the interviewer that they lived as a family together; they as in Lil Meech, Big Meech, and his mother.

Moreover, Big Meech’s boy, Lil Meech, revealed that he was only seven when his father got arrested but had no clue about the charges until he googled himself. Lil Meech further continued that he always had the instinct that his father was up to something. He also admits that his childhood was crazy as he accompanied his father everywhere.

Therefore, the father-son duo seemed inseparable until Big Meech got arrested. Flenory Jr., who was homeschooled by his mother, is into music, building a career as a musician, and looks forward to entering Hollywood.

As stated earlier, Lil Meech is very close to his father and maintains constant contact with him in jail. Big Meech initiated BMF Entertainment as a record label for hip-hop music if we failed to mention it above. As a result, Demetrius ‘Bg Meech’ Flenory’s son, Demetrius “Lil Meech” Flenory Jr., got fascinated by music.

Hence, Lil Meech dropped his first music video at age 19. Set out to make his own mark in the hip-hop genre, he began the video of his single, ‘Bad Habits, ‘ with a half-minute recording of his dad conversing from jail.

During an interview, Lil Meech revealed that his father was always passionate about music and introduced artists he’d never known about. He also said that Big Meech wanted him to use his experiences and do legal businesses.

A voice interview with Big Meech revealed that he regrets not raising his son but praises his mama for raising his well. Well, following Big Meech’s footsteps is not the option Lil Meech considers. Hence, he released his first debut album named Armed N Dangerous on December 10, 2020.

Lil Meech is getting positive responses and might continue to pursue a musical career. However, he made headlines after 50 Cent hinted at making Lil Meech portray his father in Starz’s Black Mafia Family drama.

Launching His Career As An Actor Portraying His Father

The family drama is inspired by the true story of one of the most notorious and influential crime families in the country, i.e., Lil Meech’s family. Hence, Demetrius Jr. is set to play his ambitious father, who later became the operation’s face, while Da’Vinchi will portray Terry “Southwest T” Flenory.

A post shared by BOSS OF ALL BOSSES (@lilmeechbmf)

According to Express, the Black Mafia Family was given the green light on April 7, 2020, by the American network Starz. Thus, we will see Demetrius “Lil Meech” Flenory Jr. on the small screen very soon.

Besides music and acting, Lil Meech also looks forward to starting a foundation that helps incarcerated families’ kids. Let’s hope he maintains his life and makes his father proud of his life choices.

The name Demetrius has Greek origin, which means earth-lover.