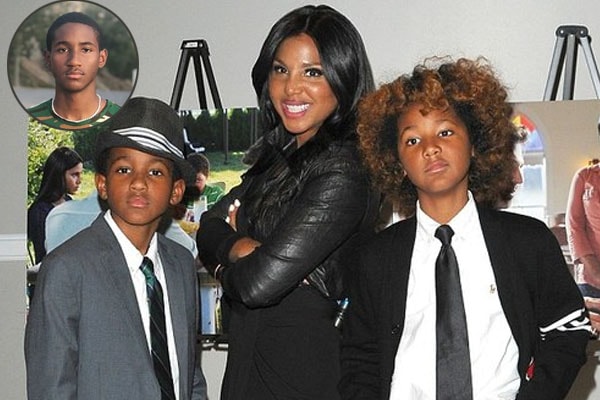 Born on the 2nd December 2001 as the first son of Toni Braxton, Denim Cole Braxton-Lewis is now all grown up. Denim Cole is not the only son of Toni, he has a younger sibling named Diezel Braxton.

Denim’s mother Toni Braxton is a famous singer, songwriter, record producer, and actress. She gave birth to Denim and his brother Diezel when she was with her ex-husband Keri Lewis. Keri is also an American singer and songwriter.

The ex-couple of Toni Braxton and Keri Lewis got a divorce in 2013. They were married for more than ten years from April 2001.

He may have inherited the good looks from his mother Toni but not her singing interests. Like many other teenagers, Toni Braxton’s son Denim Braxton is also very active in sports. He loves playing basketball and plays for his high school team.

His name Denim Cole Braxton-Lewis consists both of his parents’ surname, Braxton from mother and Lewis from his father. Denim loves going on basketball-related events and meet players

Toni Braxton’s second son and Denim Braxton’s younger brother, Diezel too might not have inherited the singing skills of their mother. According to Diezel’s Instagram details, he is an actor, model, producer, and an athlete.

The common between the Braxton brothers is they both are athletic.

Thanks to Toni’s celebrity status, her son Denim gets to meet a lot of high caliber celebrities. Looking at Denim’s Instagram feed, he has met with Drake, Kylie Jenner, Khloe Kardashian, Kim Kardashian and also Kanye West. Speaking of Kanye, there is still a feud between Kanye West and Jay-Z.

The name Denim has an American origin which means “strong cloth.”

As for the name Cole, it is of Middle English origin which means charcoal or swarthy.