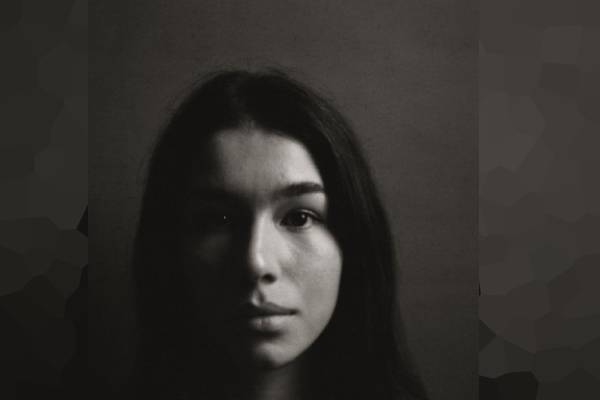 Denis Villeneuve is a French-Canadian director, producer, and writer. The 54-year-old began his career making short movies, and in 1991, Denis won the La Course Europe-Asie, a youth film competition organized by Radio-Canada. Since then, the talented filmmaker has directed and produced several big movies. However, his most popular film appreciated and loved by the audience and critics are Sicario and Prisoners.

Besides his remarkable career as a filmmaker, Denis has a lovely family. But, he hasn’t had the perfect love life. Villeneuve has been through a divorce previously and is currently married to Tanya Lapointe. Furthermore, Denis has three children from his previous relationship.

Daughter From A Previous Relationship

Salome Villeneuve’s father, Denis Villeneuve, was married to French-Canadian actress Macha Grenon for a brief period of time. Furthermore, he has three children from his previous relationship, and Salome is one of them. But, besides his daughter, Denis’ other kids are not so popular in the media. Therefore, they have not made a public appearance yet.

On the other hand, we know that Denis Villeneuve’s daughter, Salome Villeneuve is from Montreal, Quebec, Canada. However, birth details about her haven’t been revealed yet. Nonetheless, we know that she attended Concordia University in her hometown from 2015 to 2018. One of her brothers and Denis’s youngest son Timothy Villeneuve is also a film graduate.

As mentioned above, Salome’s dad is currently in a marital relationship with Tanya Lapointe. Her stepmom, Tanya, is a former reporter, but currently, she has taken enormous strides in filmmaking.

Is A Fashion Model And Designer

Denis Villeneuve’s daughter Salome Villeneuve is following in her parent’s footsteps in Hollywood. Salome, who is in her mid-twenties, has already worked in the movie industry. She was the hazmat suit specialist in the movie Arrival.

Apart from handling the customer and wardrobe department, Denis’s daughter is now focused on making it as a director. Salome has directed a short movie called “III.” The short film is in its post-production stage and is set to be released soon.

Let’s hope Salome has inherited some incredible movie-making skills and tips from her family. Her father, Denis, is an exceptional filmmaker, and her uncle Martin Villeneuve is also a filmmaker and actor. He has written and directed numerous short movies and documentaries.

In 2015, The Hollywood Reporter broke the news that Denis Villeneuve’s daughter was dating Emile Vallee. Salome Villeneuve’s boyfriend is the son of Canadian director Jean-Marc Vallee, famous for the movie Demolition.

Although their fathers are prominent filmmakers in the industry, they were not introduced by them. Instead, the two celebrity kids met at a bar in Canada. As the legal age of drinking is 19 there, they were both on their way to twenty and hit it off instantly at their first meet.

The couple also attended the Toronto Film Festival in 2018 and stopped by to pose for some pictures together. It seems the lovely duo are still together even almost after eight years. The lovebirds can be seen together in some of Salome’s Instagram pictures.

Denis’s babygirl is active on Instagram and has over 4000 followers on her account. However, she posts portraits and photos of other persons and kids more than her personal pictures. Going through her Insta feed, it seems she is interested in photography and also loves to be outdoors. Nonetheless, we wish Salome all the best for her future. Let’s hope we can see her in collaborations with her family.

Salome is a french word. It is derived from Hebrew origin. The word means peace.