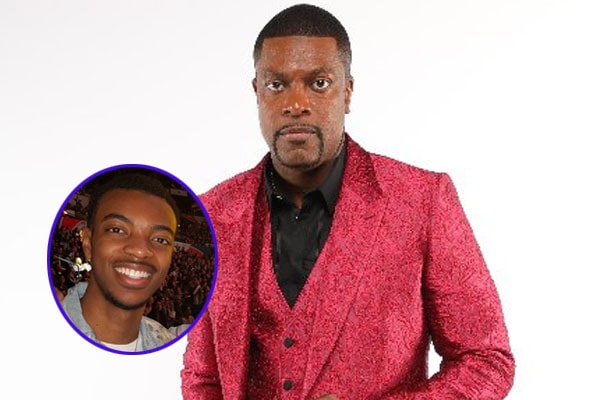 Chris Tucker‘s son Destin Christopher Tucker was born in 1998. He is the first and only child of Chris Tucker with ex-wife Azja Pryor. The one and only son of Chris is very close to him.

Destin is one of those celebrity children who proudly appear with their parents in public. His parents were together from 1997 to 2003. Since they split, Destin lived with his father until he went off for college.

The handsome Destin is all set on the journey of becoming a director. He joined Morehouse College in August 2017 and is enrolled in the college’s cinema, technology, and emerging media studies program. He chose the college himself as his father lives nearby. Dustin’s Instagram bio tells how much he feels proud to be part of the college pursuing his dream.

The twenty-one-year-old Dustin aspires to be a director. The only Tucker offspring who is following the footsteps of his father into the movie industry and Chris couldn’t be any happier. Chris is supportive of his son’s dreams and goals in life. We can possibly see the father and son working together in the future. Let’s brace ourselves to witness their great works!

The handsome Dustin also loves to hang out with his friends in his spare times. He also attends various public occasions with his dad Chris. The father and son are no less handsome than one another. We wish this young aspiring talent have good days ahead. We all are patiently waiting to see him shine in Hollywood!

Also, it seems like Dustin has a little sister from his mother. He has posted a picture of him with a cute little baby girl with a caption that said his little sister came to visit him at college. His lil sis is an adorb!

Destin is a French baby name which means destiny, fate. Likewise, Christopher is a name for a boy which derives from the Greek name Christophoros. It means bearing Christ. Chris Tucker’s son Destin inherits his father’s name as his middle name.