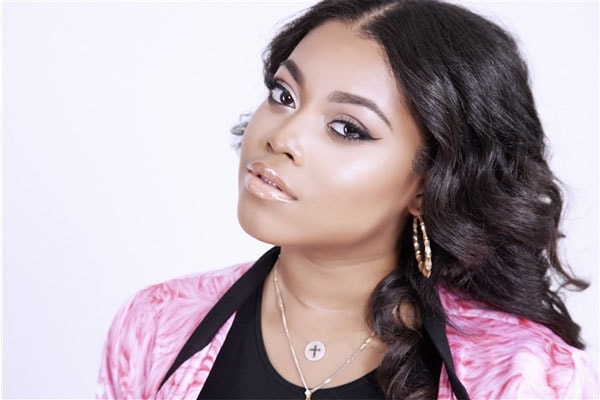 Destiny Jones was born on June 15, 1994, in America. Her parents are rapper Nasir bin Olu Dara Jones aka Nas and author Carmen Bryan. Destiny Jones is famous as an entrepreneur as well as the daughter of the renowned rapper Nas. Destiny Jones also has a half brother named Knight Jones.

Rapper Nas and Carmen Bryan were engaged but unfortunately the couple split. Destiny Jones’ mother Carmen Bryan said that she had an affair with the famous rapper Jay-Z.

Why Is Destiny Jones An Entrepreneur?

Rapper Nas’ daughter with ex-fiancee Carmen Bryan, Destiny Jones is an entrepreneur. She has her makeup line named Lipmatic. She is also the CEO of the massive company. The lip kit mogul and a model as well. Destiny is one of the faces of Lipmatic.

In an interview, the gorgeous mini-mogul said that her father Nas is the greatest inspiration in her life. As a child, Destiny Jones was told that she is going to be a little businesswoman one day by Nas.

The CEO of Lipmatic also added that she thinks her father, Nas helped her have a clear mindset about her career. As a teenager, she started doing theater and decided that she wanted to become an actress.

However, Destiny Jones said that she thought acting jobs come and go which is the reason she wanted to have a business to keep herself afloat. Nas’ daughter further claims that the Lipmatic company has organic products. The ingredients of the lip glosses are Shea butter, cocoa butter, vitamin E, vanilla extract, sunflower seed oil and things that are natural and healthy for the lips.

American rapper Nas and his daughter, Destiny Jones have a nice bonding with one another. The father-and-daughter love sharing memorable moments with each other in social media.

The rapper is breaking the Internet by sharing adorable pictures with his children. Nas and Destiny Jones love spending time with each other. The iconic rapper does not hesitate to visit his daughter Destiny. She  stays in California because the mogul is making runs for her makeup company in Los Angeles,

While celebrating his birthday, Nas shared a picture hugging both his children with a caption that they keep him grounded. The adorable picture was famous on the internet just days after the calm-mild-mannered rapper went on an epic rant against his ex-wife Kelis who was about to publish a hate piece on him.

Nas has also accused his ex-wife Kelis of keeping his son Knight Jones away from Nas and making his life miserable.

The cute baby name  Destiny means Certain fortune and fate. Destiny is also the Greek mythological god of fate. It is derived from the Latin word destinare which means to determine.

It is also a derivative of stare which means to stand. The name Destiny has been very popular since the 20th century in America grabbing the spot within the top 50 names given to baby girls.

Jones is the legal name that Destiny got from her father Nasir bin Olu Dara Jones. Jones is a surname which has an English and Welsh origin. It means John’s son.