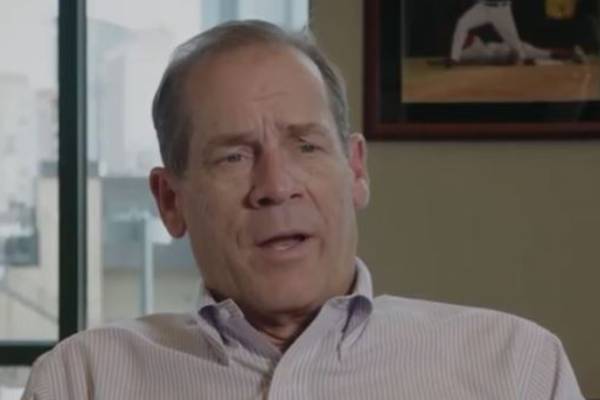 Dick Monfort, aka Richard L. Monfort, is best known for his work with the MLB team, Colorado Rockies. As one of the primary owners of the team alongside brother Charles K. Monfort, Dick has been in the spotlight for many years.

Not only his professional achievements, but people are also eager to know about Monfort’s personal life especially, his wife and kids. So, today let’s get to know who Dick Monfort, aka Richard L. Monfort’s children are and what they are doing now.

Dick Monfort’s Children With His Wife

Aforementioned, Dick Monfort is one of the primary owners of the Colorado Rockies. He has been involved with the baseball team since the 1990s, and many know that he is happily married to his wife, Karen Monfort. The couple is very private about their lives but are undoubtedly enjoying their time together.

Moreover, Dick was previously married to Christine Monfort, and the pair welcomed three children, Lyndsey Monfort, Walker Monfort, and Sterling Monfort. So, let’s take a look at what all of the Monfort siblings are doing now.

Walker Monfort is the eldest son of Dick Monfort and his ex-wife, Christine Monfort. He has followed in his father’s footsteps and is involved in the operation of the Colorado Rockies. Walker is the team’s vice president of corporate partnerships and is working in a full-time capacity for the club.

Dick Monfort’s son, Walker, is responsible for the management and oversight of the Rockies’ revenue generated through sponsorships. He also handles the team’s promotions department, RockiesVision production as well as in-game entertainment.

Apart from a successful career, Monfort is a happily married man. He tied the knot with his beautiful wife, Lauren Whitney Haire, on August 10, 2019. The pair were together for quite some time before getting engaged in Tokyo.

A year after their engagement, Walker and Lauren got married in front of eight parents and many of their friends and family. The beautiful bride wore a dress from Lazaro Bridal while her bridesmaids donned dresses that varied in color.

Moreover, Richard L. Monfort’s son, Walker Monfort, and daughter-in-law Lauren Whitney Monfort‘s wedding reception was held at one of Denver’s historic landmarks, Union Station. The couple was lucky because the Union Station only allows one wedding every other year.

Walker Monfort and his wife currently reside in Denver, Colorado. The pair are undoubtedly enjoying their married life.

Dick Monfort and his former wife, Christine, also welcomed daughter Lyndsey Christine Monfort to the family. She is the only daughter of the pair and is reportedly involved in the medical field.

As per MLB.com, Lyndsey goes by Lyndsey Grae and has a medical degree. A quick Google search shows that Richard L. Monfort’s daughter is based in Aurora, Colorado, and her medical specialization is in anesthesiology.

Moreover, according to NPI Profile, Lyndsey completed her studies at the University of Colorado School of Medicine and graduated in 2012. Since then, she has provided her services with utmost care and has more than ten years of experience in her field.

Furthermore, since she has used Lyndsey Christine Monfort Grae on her NPI Profile, we can assume that Dick Monfort’s daughter is married to someone with the surname Grae.

However, Lyndsey’s father, Dick Monfort’s bio on the University of Northern Colorado website suggests that she is married to Aaron Graber. Even though there is contrasting information about her marriage, it is clear that Lyndsey is succeeding professionally.

Richard L. Monfort’s younger son, Sterling Monfort, is also involved in the family business. He is the assistant director of scouting operations for the Colorado Rockies and works under Marc Gustafson.

Before joining the Rockies’ executive team, Sterling was a baseball player himself. He attended the Eaton High School and played for the school team as the first baseman. In the MLB June Amateur draft of 2009, Monfort was selected in the 47th round by the Colorado Rockies.

Moreover, unlike his siblings, not much is known about Sterling and his personal life. Nevertheless, as one of the executives of the Colorado Rockies, Richard must be enjoying a comfortable lifestyle.

All of Dick Monfort, aka Richard L. Monfort’s children have grown up and succeeded in their respective fields. And while Lyndsey has forged her own path, it seems like Walker and Sterling are on the way to inherit the Monfort family business and make it even more prosperous.