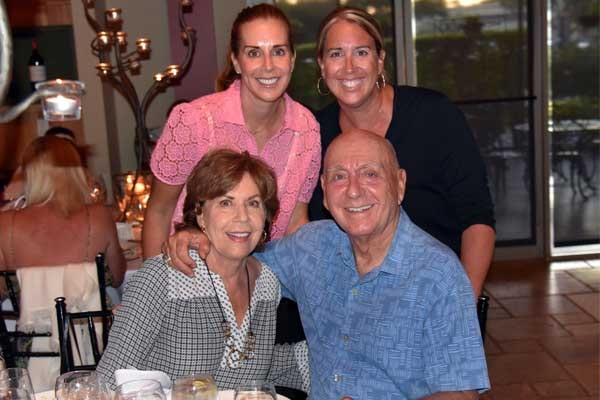 Born as Richard John “Dick” Vitale, Dick is an American basketball sportscaster. He is currently sharing his marital life with his beau Lorraine McGrath. The couple tied their knot back on May 22, 1971, and have two daughters together named Terri Vitale and Sherri Vitale.

Dick Vitale’s daughter Terri Vitale is the oldest one, whereas Sherri is a couple of years younger than her sister. Both of his children are married, Terri with Dr. Chris Sforzo and Sherri with Thomas Krug. His daughters are quite close to him, and the three share a lovely bond with one another. Dick’s daughters live close by, whenever he wants to see Terri, he drives in one direction for five minutes, and if he wants to see Sherri, he drives five minutes in another.

Terri Vitale, a three-times Monogram winner in tennis and board member of the Monogram Club since 2009, had served as the president of the Monogram Club from 2017 to 2019. She initially graduated from the Mendoza College of Business with an MBA degree. Whereas she is currently serving as the vice-president for Tandem Enterprises.

Dick Vitale’s daughter Terri Vitale is not only concentrating on her work, but she is also quite involved with charities. She has worked with the Jimmy V Foundation for Cancer Research. Plus, she is also a member of the Board of Trustees for the Community Foundation of Sarasota County. Not only that, Terri is on the Board of  Trustees for All Faith’s Food Bank.

Moving on, Terri Vitale is currently enjoying her marital life with a former Notre Dame lacrosse player Christopher Sforzo. Together, the couple has two children, Sydney Sforzo and Ryan Sforzo.

The family of four lives a comfortable life outside the media’s attention. Terri herself is an entertaining person, she accepted the Ice Bucket Challenge from past president Dick Nussbaum to raise ALS awareness. She was accompanied by her two kids. And if you ask us, her children seemed they were having a lot of fun. 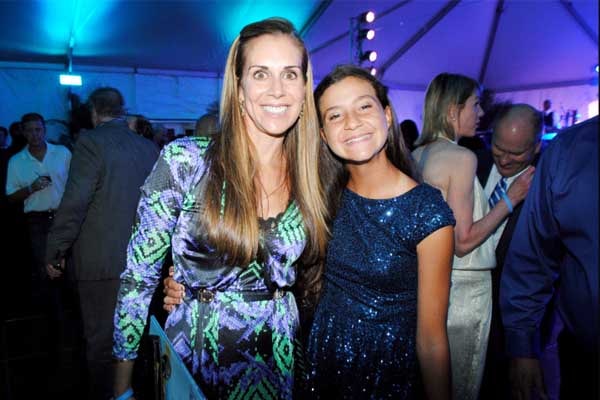 Speaking of Terri’s relationship with her father Dick, she shares a special bond with him. She often visits her father, now more than ever cause Dick is getting old and she wants to spend as much time with him as possible. Terri and her sister Sherri also share a lovely sisterly bond.

Like her elder sister Terri, Sherri also graduated from the University of Notre Dame with an MBA degree. Despite not being twins, they are very much the same says, Sherri. Both played tennis for the Irish in the 1990s and married to former Notre Dame athletes. While Terri married Christopher, Sherri married a football quarterback Thomas Krug, who is now a judge. Together the couple has three children, twin sons, and a daughter.

Sherri Vitale and her better-half welcomed their twin sons in 2002. Her sons’ names are Connor Krug and Jake Krug.

We all know Dick Vitale and are quite familiar with his commentary, but some of us might not know that he is one of the board of directors of the Jimmy V Foundation. After the passing of Dick’s close friend Jim Valvano, he and his daughters have sworn that they will fight with it and save as many people from it as possible.

Dick is quite happy that his daughters share the same passion as he does. Together, the Vitale family runs the Dick Vitale Gala, a Sarasota spring event that benefits pediatric cancer research. They are doing a fantastic job, and let’s hope they continue doing it.