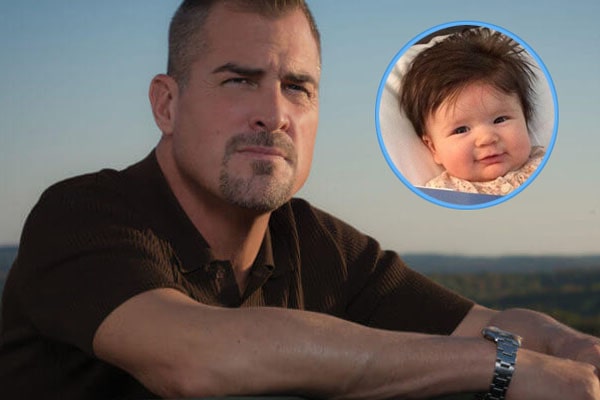 One of the hottest couples of Hollywood, George Eads, and Monika Casey were married in 2011 for four years after engaging back in 2009. The ex-pair was blessed with a daughter named Dylan Eads. After Dylan was about a year old, the pair got divorced in 2015. Since then, the couple is not dating anyone else prior to January 2020.

We can assume that George and Monika are co-parenting little Dylan. Let’s discover about her.

Dylan Eads’ parents, father George Eads, and mother Monika Casey met, were the best buds, fell in love, got engaged in 2009, and got married in 2011. They had always been together, sharing the same screen in Sex Ed. Dylan revealed to Us Weekly back in spring 2010 that he had been with Monika for around six years and are best buds.

The couple that was once in love came on the verge of separation, and finally departed their ways in 2015. According to Dailymail, both the parents filed for custody of their child, George Eads applied for joint physical and legal custody, while Monika asked for sole custody. Well, in the duration of time George and Monika spent together, Dylan had already become the heart of them. The ex-husband and wife, along with baby Dylan, went through an ugly custody battle.

We can assume that after the custody of cute Dylan, she is being co-parented by father George and mother, Monika. Even though Dylan Eads’ parents, George Eads and Monika Casey, are no longer together, we hope that she is growing with lots of love and attention.

Has A Talented Father

Dylan’s father, George Eads, is a well known American actor known for portraying the role of Nick Stokes on the police drama CSI: Crime Scene Investigation. Apart from being a very talented and good looking television actor, George is a singer and producer too. Over the years of being on camera, the handsome hunk father has made quite a remarkable impression in the industry.

George seems to have deactivated his old Instagram and Twitter account, where he had shared cute snaps with his daughter. Nevermind, as many fan accounts have already shared the pictures and work as the memory charts for the audience.

According to The Hollywood Reporter, George even departed from his show MacGyver to spend time with his daughter. We hope that George and daughter Dylan spend a lot of quality time together. We can see from the post that George Eads’ daughter Dylan Eads has grown up to be a cute girl and able to enjoy her father’s company.

Mother of Dylan Eads, Monika Casey, is an actress well known for television shows like Shameless and Miles. Mama Monika is not only an actress but a producer too. She was known for being the better half of George Eads. However, now Monika Casey has established herself as an actress, producer, stand-up comedian, and not as only for the past relationship with George.

We can assume that Dylan adored unicorn, believed in them, that’s why mama Monika prepared it for her birthday back in 2017. Maybe she still loves them?

We only wish best for George Eads’ little girl.

The name Dylan is of Welsh origin, meaning “son of the sea.”