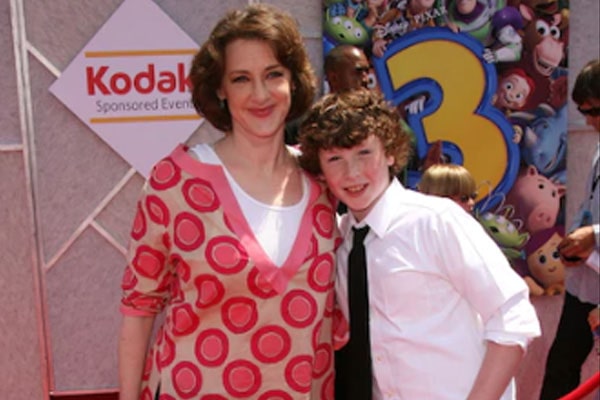 Dylan John Burke, the firstborn of Joan Cusack and Richard Burke was born on June 17, 1997. His mother Joan is a well known American Actress and a holder of many prestigious nominations. Whereas Dylan John’s father, Richard Burke is the CEO and president of Envoys.

Even though his parents belong to a different career, a totally different world, they met and got married back in 1993, as if it was their destiny. Since then, they are going strong and have been blessed by two sons, Dylan John Burke and Miles Burke.

Growing up with loving parents and playing with his younger brother Miles Burke, let’s discover more about Dylan John Burke.

Has A Celebrity Family On Mother’s Side

The good looking Dylan John Burke has famous relatives from his mother’s side. From his Grandfather Dick Cusack, Uncles Bill Cusack and John Cusack, Aunties Ann Cusack and Susie Cusack, and finally his mother Joan Cusack, everyone is the part of the American film world.

The mother’s side of Dylan John’s is full of talented actors. The Cusack family is well known for being a celebrity family with an unbreakable bond.

Joan Cusack’s son Dylan John Burke is surely blessed to have such great parents. Even though his mother is a famous actress and father, a former attorney, now a CEO and president of Envoys, they have successfully balanced their work and personal life. With a span of over 26 years together, Dylan’s parents have created a beautiful bond that has made many Hollywood couples jealous.

The family of four is well knotted and full of love for each other. They show how the balance of work and social life is necessary for a healthy family relationship.

Joan Cusack’s son Dylan John Burke sure has got some of the acting genes in him from his mother. The talented Dylan John was the guest voice actor in a Disney show Phineas and Ferb: Run, Candace, Run/ Last Train To Bustville.

This is the only project Dylan John Burke has publicly participated in. We hope we can see him in more of the projects in the near future.

The name Dylan is of Welsh origin which means the ‘son of the sea.’