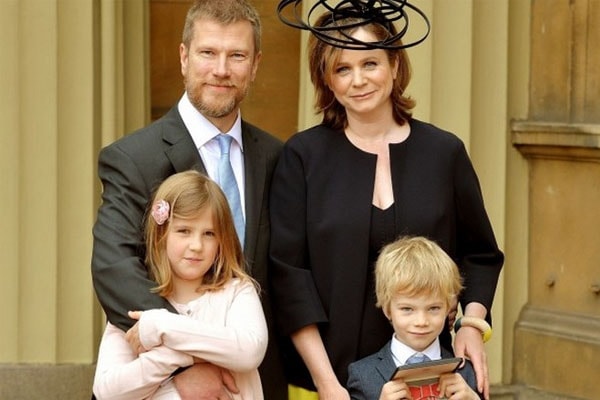 Actress Emily Watson is a mother of two children, Juliet Waters, and Dylan Waters, with husband, Jack Waters. Born in November of 2005, Juliet is the eldest child of the couple, whereas Dylan was born four years later in 2009.

Juliet and Dylan are the grandchildren of Richard Watson and Katherine Watson. Their aunt is Harriet Watson.  Their mother, Emily, is a widely acclaimed actress, as of recent, for her role in the historical drama mini-series, Chernobyl(2019).

The eldest daughter of the couple, Juliet Waters is now 14 years old. She goes to a school in London. The story behind Juliet’s name is quite amusing. For one, growing up, Emily loved to read Shakespeare. She had revealed in an interview that she grew up without television. Mostly occupied with reading books, Shakespeare was her favorite. After completing drama school, Emily got her first professional job at the Royal Shakespeare Company. Coincidentally, she met her husband Jack there too. As it so happened, Jack grew up in Stratford-upon-Avon!

So much for the coincidences at hand, it seems right they chose Juliet as their daughter’s maiden name. Emily had also shared in an interview with People that after Juliet’s birth, she found herself terrified and in constant need to be protective of their daughter. Later on, she added ‘life returns to normal.’

The family avoids publicity as much as they can. Thus no further information is laid out about their personal lives in any media platform.

Four years after the birth of his sister, Dylan was born in the year 2009. He lives with his parents and sister in Greenwich, London. He is ten years old and probably goes to a school in his hometown. In 2012, Emily had stated in an interview that her ideal Friday evenings are at home with her family. Dylan Waters and his sister Juliet are looked after by their father when Emily is working.

Dylan Waters: Dylan is a Welsh name meaning  “Son Of The Sea,” “Son Of The Wave,” or “Born From The Ocean.”