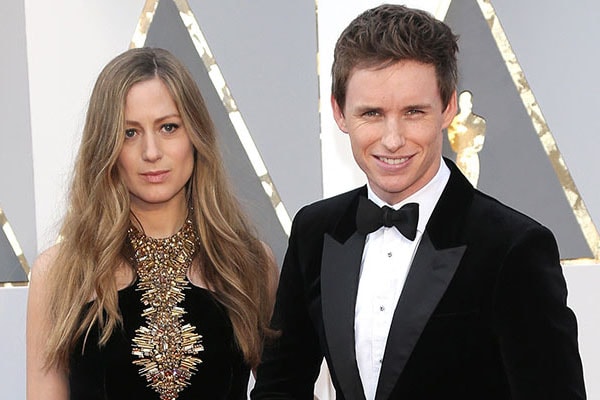 The Fantastic Beast star Eddie Redmayne and Hannah tied the knot in 2014. The pair were delighted to be parents for the first time with their baby girl Iris. Now they are happily living with their two adorable children.

Eddie Redmayne Yet To Reveal Children In Public

Eddie Redmayne is already a proud father of two children, but for some reason, the actor has not revealed the face of his children in public. We guess it is because the couple does not want their children to get public attention as they are still young. Maybe they want their kids to have a normal childhood away from the spotlight. However, the couple was one time spotted strolling their baby girl Iris.

We can say for sure Eddie feels so blessed to have his children with the love of his life Hannah. Although he does not bring his children Iris and Luke into the limelight, he is not hesitant to talk about them. Just before the release of his movie Fantastic Beasts in November 2018, the actor appeared in the Ellen Show and briefly talked about the babies. From the look upon his face, he seems to be enjoying his parenthood.

The Danish Girl actor Eddie and his wife Hannah are the only ones seen publicly. We wish the couple will bring their little sunshine out sometimes. At the time being, they must be having a great time of their life raising two bundles of joy.

Luke Richard Bagshawe- Luke is a name for a boy. Its Greek meaning is light giving. Likewise, the name Richard has a German origin which means a strong ruler.