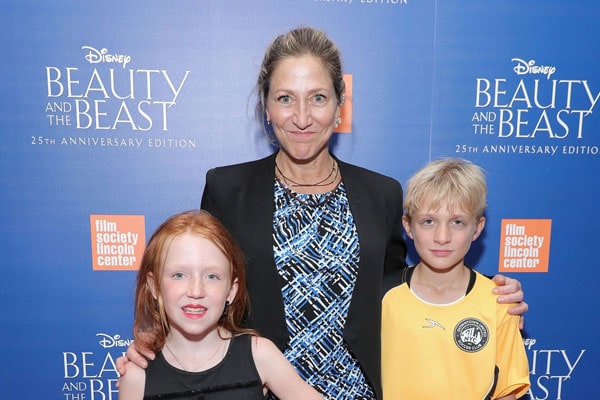 Edie Falco is a single proud mother of two. She adopted her two precious children Anderson and Macy in 2004 and 2008 respectively. Image Source: Getty Images.

Edie Falco is a single mother of two beautiful children. She adopted her son Anderson Falco in 2005 and daughter Macy Falco in 2008. Anderson means the son of man whereas Macy means weapon.

Till the late ’90s, Edie never had the idea of having children. Well, to be frank, she never wanted kids but it all changed suddenly. After she fell sick she says she had a lot of time to think and after a while made a decision of raising kids. She could not wait for another second so she adopted her first child-son and named him after her mother’s surname Anderson. Let’s get deep into the pool and know why Edie made the decision of adopting her kids.

Decision Of A Life Time

Edie Falco, in an interview, said that she never had an idea of having kids. She was really into acting rather than raising kids. Edie says that all the men she was in relation were also struggling actors so it never came to her mind of having a kid. But soon it was to change.

As Edie got older she had a more serious relationship. Moreover, she and her apparent boyfriends often had small talks of having children someday. But that day never came as she went on having many relationships but she says she could not find someone she could have children with and was puzzled.

However, in July 2003, the beautiful Edie was diagnosed with breast cancer. She fought with cancer for eight months and after she was given a clean sheet she says that it was a moment of clarity that changed everything. She was ready to have kids but it was not simple as they say it would be. At that moment, she decided it was the right time, not later, not tomorrow, now. She wanted to adopt a child so she called a New Jersey adoption agency.

Edie Falco says after she made a call, she started filling out millions of forms and done a couple of thousand of paperwork. Then the moment that she had waited for so patiently finally came as she was about to become a mother. In 2005, Edie was finally able to adopt her first child-son Anderson. Later on, she expanded her family by adopting her second child-daughter Macy in 2008. The family of three now lives a happy life as they say happily ever after.

Edie And Her Two Sweethearts

Edie Falco’s children Macy Falco and Anderson Falco live quite a comfortable life with their single mother. Even though Edie has not spent a lot of her time with her children her love for her two sweethearts has increased even more. Despite having to spend a lot of time working, she finds ways to spend time with her kids.

Furthermore, Edie also stated that she is not those types of people who think having biological is important for her as it’s all about wanting to raise children.

Besides that everyone knows to raise kids is hard. In an interview, Edie said that her son thinks women give birth to children and then give them to others to raise. Later on, Edie had to explain to her son that some women after giving birth keep their babies. Then she concluded the interview by saying that, the second you are handed a newborn it’s yours. It doesn’t matter what body it came out of the only thing that matters is the love you give them.

Edie has become a role model for many women who wants to become a single mother. Well, to conclude, we appreciate her efforts to make things different. Despite various allegations and controversies, she has made a stand for herself and many women like her.