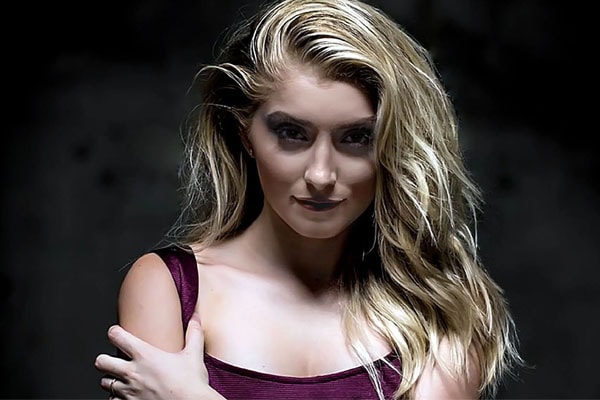 The gorgeous Electra Nicole Mustaine was born on January 28, 1998. She is David Scott Mustaine‘s daughter with wife, Pamela Anne Casselberry. Electra has an elder brother named Justis David Mustaine. Electra is extremely multi-talented as she is a recording artist, actress, model as well as a songwriter.

As for Electra’s father Dave, many know him as a famous American guitarist, singer, songwriter, and author. Dave Mustaine is best known as the co-founder and lead vocalist and guitarist of the heavy metal band “Megadeth.” Perhaps, she walked behind her dad’s path to brighten up her career.

Dave Mustaine’s daughter, Electra started pursuing a career in musical theatre at the very young age of 7. She did all to practice singing in an attempt in the world of musical theatre and acting which made her more of a prominent figure.

Similarly, Electra has also been the co-host of Animal Planet’s TV show. But it was just for a certain period of time only. Instead of acting, Electra’s love for music started to flourish above all as she built her voice into a soothing one. After that time, her family started to give full support for her pursuit of the musical career.

Dave Mustaine’s daughter, Electra began to perform at fairgrounds, small gigs, and venues. In 2013, she performed a beautiful cover of her dad’s song, “A Tout Le Monde“. Electra Nicole got the feeling of a true artist when she released her cover of “I Thought I Knew It All” which is a Megadeth song from the Album Youthansia in 2016.

Electra’s career came up to the rise since then. She even performed at the 2016 CMA Music Festival. As being a talented artist, we hope to hear more of the new songs of her future projects.

Dave Mustaine’s Daughter, Electra Is A Fabulous Model Too

Not only is Electra a singer, but also she has attractive flaws as a model. She posts alluring photos of herself mostly. Looks like she has an intensified sense of attractive outfits and dress-up on Instagram. Perhaps, modeling is also a part of her life.

The gorgeous Electra seems to have a good source of income from modeling stuff. She is a dog-lover as at times she posts cute and adorable photos of her pets. The elegant looking Electra has succeeded so much and yet has a lot more to do.

Electra is a Greek baby name that refers to “sparkling”. Likewise, Nicole came from the Greek origin meaning “victory of the people”.