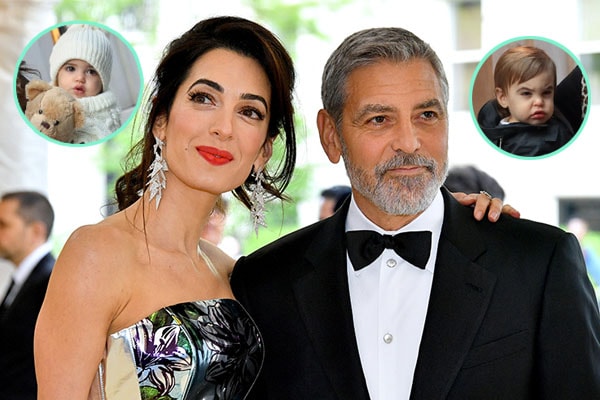 Ella Clooney and Alexander Clooney Are The Mysterious Twins

American actor George Clooney and  Lebanese-British barrister Amal Clooney like keeping their children out of the spotlight. However, Ella Clooney and Alexander Clooney are the topics of interest because of the mystery that lies behind them.

Although he is a father now, George Clooney’s sense of humor remains the same. However, the actor has a quest to maintain privacy. No one has publically shared  Ella Clooney and Alexander Clooney’s pictures.

Though some persistent paparazzi, as well as fans, have been continuously clicking pictures of the couple transporting their kids, the photos of the children are not streaming on the media. No one from the inner circle, the people around the couple, or the official magazines have willingly shared with the public.

The babies didn’t even give a cameo on George’s debut appearance on David Letterman‘s Netflix series My Next Guest Needs No Introduction. However, the power couple may present their children to the world via a magazine cover but its easier to imagine the Clooneys keeping the twins all to themselves.

George Clooney has dropped some characteristic anecdotes about the little ones. According to him,  Ella and Alexander are beautiful as well as adorable. One of the twins looks like George whereas the other looks like Amal. George also claimed that the twins took the best features from their parents and mixed them together.

George Clooney cracked a joke saying that Alexander is a thug and a moose. Alexander tends to check IDs on the way into the nursery which is why he resembled burly bouncer at three months. The actor also gushed by saying that Ella is very elegant and she looks like Amal.

George Clooney made a statement saying that the couple named their children  Ella and Alexander because they did not want them to have dumb names. He also explained it by giving the litany of unique celebrity baby names.

However, Ella means an abbreviation of Eleanor and Alexander is a Greek name meaning defender of men. The names have a rich history which gives the rich as well as exotic touch that George Clooney wanted.