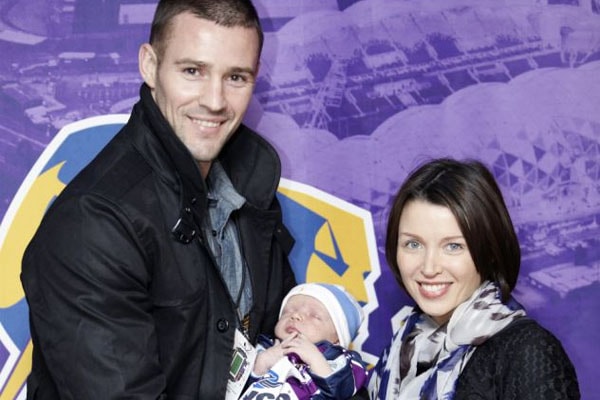 Kris Smith‘s son Ethan Edward Minogue Smith was born in 2010. Smith had Ethan together with his ex-partner Dannii Minogue. The former couple dated each other from the year 2008 to 2012.

Including Ethan, Kris also has a child named Mila Smith. A year-old daughter of Kris is very popular via her father’s Instagram handle. Kris had Mila together with his current girlfriend Sarah Boulazeris. Sarah is also his personal trainer.

Is the Only Child Of His Parents Together

As mentioned before, the 9-year-old Ethan is the only child of his parents, Kris and Dannii together. Ethan’s parents met in an Ibiza nightclub in 2008 and dated each other for almost four years. Unfortunately, the former couple got separated back in April of the year 2012.

Australian model Kris had spoken about his relationship with his baby mama Dannii before. He told,

“It reached a point where it just wasn’t working for anyone. We didn’t want to get in silly bickering arguments in front of Ethan, so the hardest thing I’ve had to do is leave.”

Even though after two’s breakup, Kris amicably co-parents his son Ethan with singer Dannii Minogue, according to sources. Opening to the Daily Mail back in 2017, Kris told about his relationship with Dannii, that they have a mutual understanding even after the split. Kris finds himself lucky due to that reason.

Currently Lives With His Mother

Currently, Kris Smith’s son Ethan is being raised by his ex-partner Dannii in Australia, where she has been filming her upcoming show The Masked Singer. Previously, Ethan along with his mother used to reside in the UK.

As of now, Ethan’s father Kris lives with his current girlfriend and with half-sibling sister, Mila in Australia.

We are pretty sure that Kris occasionally visits his son now that he is in Australia with his mother. In spite of that, there was some comment war of Kris with his fellow fans of Instagram in 2019. Kris responded to an Instagram follower when asked about his son with ex Dannii.

Not always but most of the time Kris talks about his son and he tells that having a son on the other side of the world is often hard.

Obviously, Kris Smith’s son has a very long name. So, let’s break it down and find out its meaning.

Ethan is a masculine name of Hebrew origin meaning “strong and enduring.” Whereas his first middle name Edward is an old English origin boy’s name meaning “wealthy or fortunate guardian.”