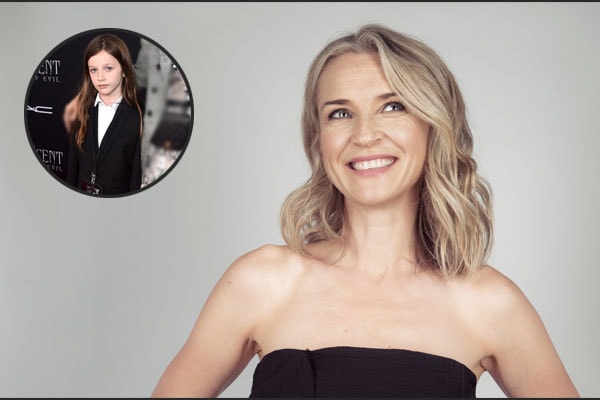 Ever Dawn Carradine aka Ever Carradine is an American actress. Born on the 6th of August 1974, she is best known for her roles as Tiffany Porter on the hit ABC television series Once and Again. But not many of the people may know the fact that Carradine is also a proud mother of two children.

American actress Ever Carradine’s children include a daughter named Chaplin Haddow Brown and a son, Samuel Hauck Brown. She had both of her kids together with her husband Coby Brown. The romantic couple tied their wedding knot on the 1st of October 2005 and are together ever since.

Chaplin Haddow Brown Is The Eldest Child Of Her Parents

Actress, Ever Carradine’s daughter Chaplin Haddow was born on the 9th of August 2010. Chaplin is the eldest child of the actress and Coby together. The romantic couple welcomed Chaplin on Monday at 7:13 p.m. who weighed in at 7 lbs. and 13 oz at the time of her birth. The mother and daughter are seldom spotted attending movie premieres and annual functions.

The 9-years-old adorable child is the granddaughter of Robert Carradine and Susan Snyder.

Ever Carradine’s Son Samuel Was Born In The Year 2015

Samuel Hauck Brown was born on July 30, 2015, to his parents, Ever Carradine, and Coby Brown. As mentioned before, he is a junior brother of Chaplin who is 5 years older than him.

Obviously, the brother and sister are growing up together and seem to have a great bond and understanding together. The cute and lovely family of four seems very cheerful and happy together.

Actress Ever Carradine Keeps Her Children Away From The Media Limelight

Not always, but most of the time the actress prefers to avoid unnecessary media attention for both of her kids. Although Carradine’s eldest child Chaplin has managed to grab some of the media attention, baby boy Samuel has been completely absent during most of the events and gathering. It looks like Carradine is very media conscious for her children.

The actress is also seen sharing her personal lifestyle on her Instagram handle. However, she is not used to sharing her kids’ pictures.

Not only that but Ever Carradine’s husband Coby seems to totally support her decision to keep their children away from the limelight. Up until now, Coby has not posted his children’s pictures on his social media handle either.

Chaplin Haddow Brown: Chaplin is a universal name of English origin meaning “clergyman of a chapel.”