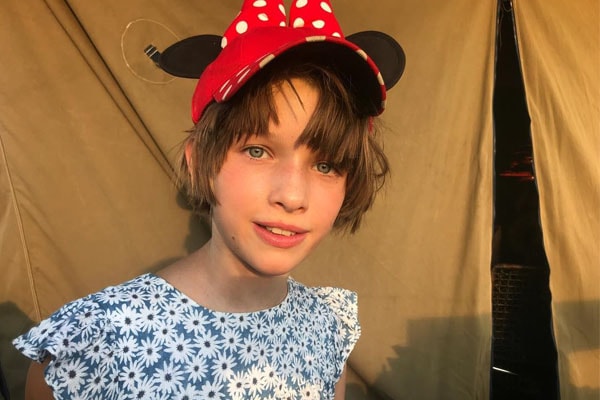 The famous American actress, model and musician, Milla Jovovich’s daughter, Ever Gabo Anderson, was born on November 3, 2007. The eldest daughter of the family is the big sister of young Dashiel Edan Anderson.

The famous Resident Evil actress walked down the aisle with the film writer and director husband, Paul W.S. Anderson on August 22, 2009. The blissful family currently resides in Los Angeles and New York with her husband and two beautiful children- Ever Gabo and Dashiel Edan Anderson.

Twinning With Mother on The Red Carpet

The stunning mother-daughter duo was successful in amazing the crowd on the Resident Evil: The Final Chapter premiere. The franchise’s leading lady, Milla stepped out to fanfare. However, it was Milla’s daughter, Ever, who stole the show. Despite wearing a stunning plume-adorned gown, the stunning mother was upstaged by her adorable kiddo.

The adorable carbon copy of the model turned actress, Ever, is the young fashion plate and wore a sparkly cape over her tiered lace dress, glamming up like her mom. Besides that, Mother Milla describes her relationship as the nearest and dearest. The famous model never fails to gush over her young daughter and showcases her daughter profoundly.

Little Ever Has a Passion For Acting

The eldest daughter of Milla Jovovich and Paul W.S. Anderson, Ever Gabo has not just inherited the best genes from both of her parents, but also the talent. The little Ever has a passion for being on the screens and has decided to follow her mother’s footsteps into the world of the entertainment industry. The 11 years old Ever has a role in the movie, Resident Evil: The Final Chapter alongside her parents.

The audience is going to flip out on the many-layered performance Ever naturally plays in the movie and believes that her daughter is a real talent. Furthermore, Milla admits that nothing makes Mother Mila happier in the world than knowing that her baby has found her passion in life.

The name “Gabo” is primarily used in Czech and has a Hebrew origin. The lovely name “Gabo” is a form of the Dutch, English, French, German, Portuguese, and Spanish name Gabriel.