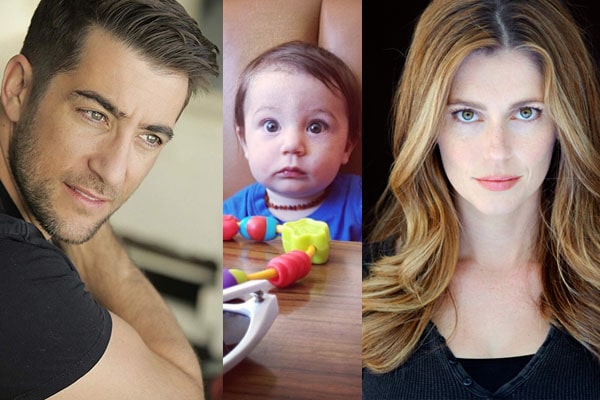 Somethings are not meant to last long, but it’s important to live the moment rather than subduing it. Similar to that, some marriages are also not meant to last forever, but until you are married to someone, you must put your heart into it. Jonathan Togo and Diora Baird are amongst them. The ex-pair tied their knot back on 26th December 2013, but due to some unfortunate circumstances, their marriage did not lot last long, and the couple separated in 2016. However, they share a lovely son together named Otis Tango.

Jonathan Togo’s son Otis Tango was born on December 12, 2012. After his parents’ separation, they are now sharing 50-50 custody of him. Despite his parents’ divorce, he is seen equally loved by them. He loves spending time with his father, Jonathan, and the father-son chemistry is great and funny to watch. So let’s get to know more of Jonathan’s little toddler, Otis.

Unlike other fathers, Jonathan is a carefree father but not in a bad way, though. He likes to let his son explore things all by himself. He says if he doesn’t fall, he won’t learn. Well, we can say his life’s philosophy is rather interesting. Jonathan Togo’s kid is just like him; he is really adorable, especially his big eyes.

Furthermore, the father-son duo can be seen doing one hefty load of things together. They read together, sleep together, and they play guitar together. Little Otis’ father is teaching his young lad how to box, and his picture wearing boxing gloves is really cute. He also likes playing with crayons, especially drawing on his father’s face is something he really enjoys.

Jonathan is a cool dad; he says he wants to raise his son in Games Of Thrones’ style. Not only that, both the father-son duo loves dressing up likes their favorite animal and play games. Nonetheless, they call it a serious game, pointing toward a one on one men ‘s war.

Moreover, the father and son share a lovely bonding. Jonathan likes to call his little man, his best friend, sidekick, travel buddy, hug giver, and action figure connoisseur, and a dad’s wish come true. We can get the vibe of the father-son relationship just from seeing their photo.

Diora Baird’s son Ortis Tango is her little angel since the day of his arrival, and he is his mother’s favorite. With his strange look and big goofy eyes, he has won a lot of hearts. The expression he makes and the little quakey voice he makes is all enough to melt someone’s heart.

Plus, Diora’s little boy loves his mom and likes doing crazy things with her. The side by side comparison of Diora’s picture when her little toddler was in her womb and in her arms is far too amazing to even explain. The pictures she has uploaded with her little boy all are adorable and cute, which shows a mother’s love toward her child. From him falling flat on the floor to him messily eating his food, all are fantastically amazing and rather amusing to watch.

Furthermore, in an interview, little Otis’ mother Diora said that it took her some time to finally understand her sexuality, and when she finally realized, she found her true love. She is currently in a relationship with Mav Viola. Diora Baird’s partner is a comedian. The loving pair is engaged and are soon going to get married. Whereas Jonathan is currently enjoying his marital life with his wife Baker Lim. She is an actress best known for Birds Court and The Cat’s Mrow.

Plus, Diora and her ex-partner Jonathan haven’t revealed the name of their kid. But according to Getty Images, their son is named Otis Tango.

Otis Tango’s name is said to be of either German, English or Greek origin. In German and English, it means prosperity, fortune, rich, or wealthy; son of Otto. Whereas in Greek it means keen of hearing.