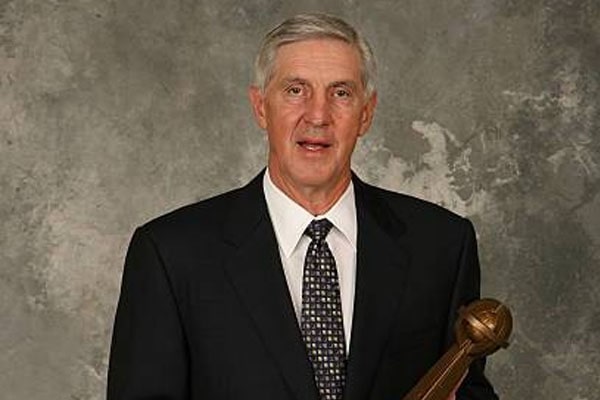 Brian Sloan is Jerry Sloan‘s son with his deceased wife, Bobbye Sloan. He had to go through some rough patches after his mom’s death. Talking about Brian’s dad, he is an NBA Hall of Famer who played for the Baltimore Bullets and Chicago Bulls. And then, he went on to coach the Utah Jazz for 23 years.

Brian has two sisters named Holly Sloan Parish and Kathy Sloan Wood. Well, as of 2020, his dad is in a marital relationship with his wife, Tammy Jessop, with whom he got married in 2006. Coming back to Brian, let’s not waste any time and know more about Jerry Sloan’s son.

Jerry Sloan’s son, Brian was probably so fascinated and inspired by his dad’s career that he went on to become a basketball player like his dad. He started as an all-state center for McLeansboro High School. He was also a member of its undefeated 1984 Class A IHSA basketball championship team. Perhaps Brian’s father Jerry Sloan could have given him good tips and tricks for the games as well.

Brian succeeded to be named Mr. Basketball and was a McDonald’s All-American for 1984 in Illinois after leading the Foxes to the championship. He also played from freshman to senior level for five seasons under Coach Bob Knight at Indiana University. In 1987, the team collected an NCAA title which was a great achievement for Brian. He played basketball at Indiana from 1986 to 1989.

However, Brian Sloan did not continue the basketball career but became a doctor afterward. His sister also posted a photo of him on her Facebook on the occasion of National Doctors Day.

He must have had a dream to be a doctor and that may be the reason he left basketball to pursue the doctor’s career So, in all, Brian Sloan’s family is very proud of him.

Jerry Sloan’s Son Is Married And A Father Of Three

Brian Sloan is married to his other half, Leslie Sloan and the couple is blessed with three children, Grant Sloan, Megan Sloan, and Ben Sloan. Jerry loves his grandchildren and probably spends time with them too. He is a family guy and is probably living happily with his lovely family. Brian Sloan has been low-key about his personal life and doesn’t seem to show up with his fam in the media.

Nevertheless, one of his sons, Grant Sloan is a member of the Indiana University baseball team. He played for Jared Moore at Zionsville High School and was a four-time scholar-athlete. He also became the team captain in his senior season in 2015. Not only that but also he played travel team baseball with Grave Baseball. His dad, mom, siblings, and grand-dad must be so proud of him.

As stated before, Brian Sloan’s mother, Bobbye Sloan died at the age of 61 in 2004. She was diagnosed with breast cancer in 1997. She fought with it for straight-six years and won the battle with the disease. But suddenly she got ill with flu-like symptoms. Sadly, Brian’s mom died of pancreatic cancer in 2004.

Jerry and his children had a rough time going through some emotional traumas. It wasn’t easy for them to lose someone who was always close to them. After two years, in 2006, Brian’s dad married Tammy Jessop. Even so, Brian and his sisters probably still miss their lovely mother. May she ‘rest in peace’ in heaven.

The name Brian came from the Old Celtic word meaning ‘high’ or ‘noble.’