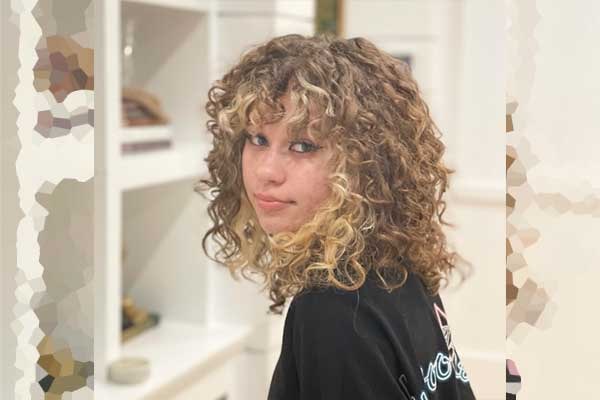 Allison Holker isn’t a new name in the entertainment industry. She is well-renowned for participating in So You Think You Can Dance. In addition, she was also a contestant in Dancing With The Stars.

Like her showbiz career, Allison’s relationships and children are also of the public’s interest. So, curiosities regarding Allison Holker’s daughter, Weslie Fowler, are nothing new. Although she is just a teenager, she has already gained many fans.

Weslie’s Father Is Not Known

The beautiful celeb child was born Weslie Renae Fowler on May 26, 2008, in the USA. She is the first child of her mom, Allison.

However, Weslie Fowler’s dad’s whereabouts aren’t much revealed in the media. Her parents were previously engaged but separated for unknown reasons. Furthermore, Weslie’s mother, Allison, hasn’t shared much about her ex-fiance in the media.

After splitting from her dad, Weslie Fowler’s mom raised her all on her own. She might have faced many troubles as a single mother but never gave up.

Was Adopted By Stephen Boss

As mentioned earlier, Wesley’s mother’s love life has gained much attention from the public. Her romance with the dancer Stephen Boss aka Twitch was also under the media radar.

The couple met in So You Think You Can Dance‘s seventh season. Both dated for two years before announcing their engagement in January 2013. Finally, the pair married in December 2013 in Paso Robles, California. Allison Holker’s daughter, Weslie, was a flower girl at the ceremony.

Weslie is a big sister to two adorable half-siblings from her mother’s marriage with Stephen. Her half-brother, Maddox Laurel Boss, was born on March 27, 2016. He possesses a dancing gene and began dancing at two months old.

Likewise, Weslie welcomed her half-sister, Zaia Boss, on November 6, 2019. She is the youngest baby in the house and is adored by all of her siblings.

tWitch’s eldest daughter cried tears of joy after learning about her mom, Allison’s second pregnancy, as per People. The latter also shared how Weslie loves being a big sister and was very excited.

All three siblings have a great bond and often appear on their mom, Allison’s Instagram account. They must be enjoying a comfortable life.

The blonde beauty has shown entrepreneurship skills at such a young age. Weslie teamed up with her best friend, Presley, to launch a company named WesNPres.

Allison Holker and Stephen Boss’ daughter’s company was founded in 2019 and specializes in making bracelets. Their products contained positive messages and came in different colors. Furthermore, the money obtained by the sales of the bracelets went to charity.

However, Weslie Renae Boss and her best friend’s company’s website isn’t available at present. The owners might have either left the project or planned to create new platforms.

Is An Instagram Star And Has Interest In Dancing

Allison Holker and Stephen Boss’ daughter, Weslie, first gained attention after her parents posted her photo on Instagram in 2015. Her popularity has since continued to increase every year. She now has over 105K Instagram followers.

The Instagram star mainly uploads pictures of her family, siblings, and friends. She also occasionally shares posts of bowling, hiking, playing, and more. Likewise, Fowler is active on TikTok and has millions of likes and thousands of followers. She also once clapped back at her haters on the platform.

Since her parents are world-renowned dancers, Weslie Boss grew up in a dancing family. She also shares a passion for dancing and occasionally has a dance break with her parents.

But whether the celeb kid will follow on her mom, Allison, and dad, Stephen’s footsteps is yet to be seen. She was recently seen changing her looks and posing for photographers. So, Allison Holker’s daughter might have developed an interest in modeling.

Nonetheless, we wish the gorgeous teen massive success in whatever she career pursues in the future. Unfortunately, Weslie’s dad, Stephen ‘twitch’ Boss, passed away from suicide in December 2022.