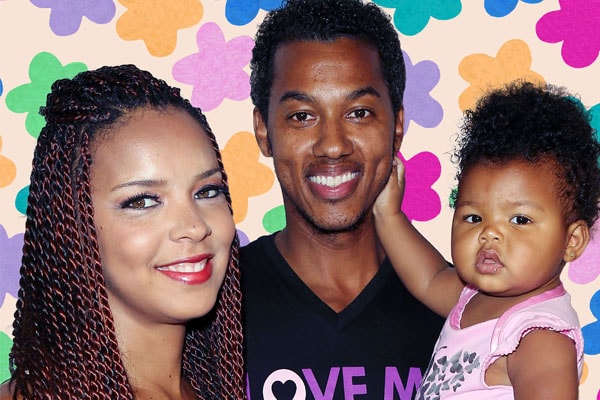 Faye Jonathan’s father Wesley is an actor who is best known for portraying his role on the NBC comedy-drama series City Guys. Faye’s mother Tamara is a makeup artist who runs her own YouTube channel for hair, makeup and nail tutorials from a licensed professional.

The lovely Faye Wesley Jonathan loves to enjoy her time being with her parents. Her mother Tamara is busy sharing her daughter’s childish acts and funloving moments among her Instagram followers. However, Faye’s father Wesley has kept his Instagram private.

Faye is the baby daughter of Wesley who loves to style his daughter all by himself. It is quite obvious that Wesley can take care of her daughter as he gets coached by a woman of his life and a licensed hairstylist, Tamara Mitchell. Tamara even released the full tutorial on her YouTube channel which goes by the name TexturesByTamara.

No one can deny the fact that the lovely baby child Faye is quite charming and attractive among the fans of City Guys star Wesley.

Faye Is An Adorable Baby Child

The adorable Wesley Jonathan’s daughter Faye is quite a learner for her age. She seems cunning and playful for a 5-year-old girl. Her mother Tamara has also created Faye’s Instagram account which has almost reached 5K followers as of 2019.

Faye is nicknamed as “SugaBear” by her mother. Sugabear is also seen playing drums and beats along with her parents.