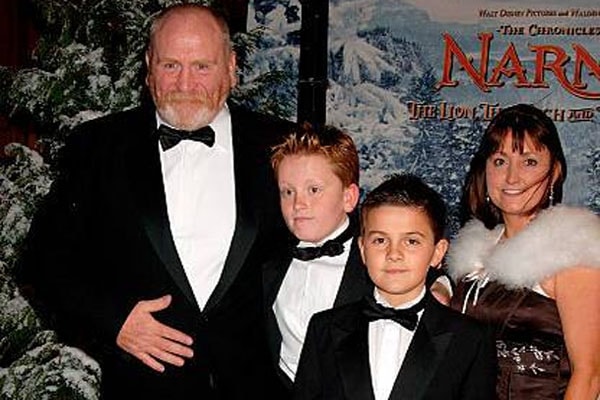 Findlay Cosmo and Ethan Cosmo are the two sons of The Games Of Thrones, Star, James Cosmo whom he had with his wife, Annie Harris. James Cosmo’s children are adult now and are indulged in their own work. James’ son, Ethan is an aspiring film producer now. In the case of Findlay, he is away from the media limelight.

James has been married to Annie Harris since 2000. Since the very beginning of their relationship, the pair have been a devoted couple. However, James used to be a bad guy before which sometimes arouses unwelcomed-conflict between them. The 71-year-old, James explained in an interview that his wife changed his life better from worse. Having two proud sons beside him gave him the strength to realize his life’s purpose to go on and be stronger.

Ethan Cosmo is a renowned actor who is best known for his movies like The Other Side of the Door, Breakdown, and The Pyramid Texts in 2015. He earned huge recognition in The Pyramid Texts movies as he had been featured with his father. This was a momentary life experience for him which made him feel lucky and proud. He had shared in an interview that this experience will be an important story from generations to generations.

Ethan’s dad, James Cosmo too seems profoundly happy for working alongside his son. Till date, we haven’t got any news on whether Ethan is planning to do another film projects or not. But we are pretty sure that he is aware of all the footsteps he is following in. We look forward to hearing from him soon.

Compared to his brother Ethan, Findlay lives a quieter life. Since his brother and dad are involved in acting, it’s a bit surprising that Findlay isn’t into it. We wonder if he chose a completely different direction than the two males in his family. But he often came into limelight when he was young. Findlay’s dad, James has also received his Member of the Order of the British Empire aka MBE from the Queen.

Findlay is a Gaelic baby name which means a blond soldier. The name Ethan is of Hebrew origin meaning firm, strong and long-lived.