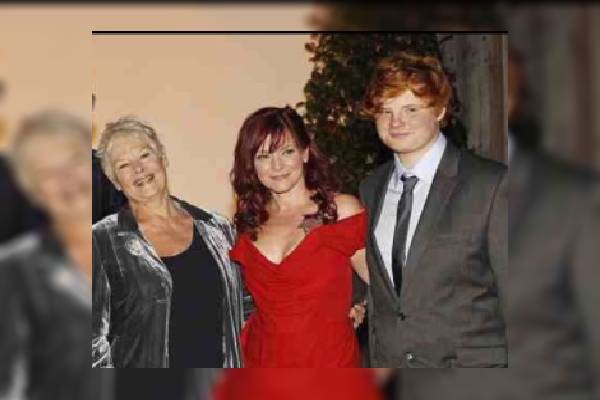 Finty Williams is the only daughter of famous actress Judi Dench. Born Tara Cressida Frances Williams, Finty is a famous actress mostly recognized for her role in Gosford Park (2001), Macbeth (2014) and We Can Be Heroes (2017).

Finty’s popularity as the daughter of Judi Dench and as one of the promising actresses is quite huge. As a result, her family and personal life are also a topic of interest. So, today we are talking about Finty Williams’ son, Sam Williams.

Is The Grandson Of Judi Dench

Aforementioned, Finty Williams is the daughter of famous actress Dame Judith Olivia Dench and Michael Williams. Her son, Sam Williams was born on 06 June 1997. Sam came as a huge surprise to Judi and her late husband due to Finty’s silence about her pregnancy. It is still unknown who is Sam Williams’ father.

Even though the Macbeth actress disclosed her pregnancy only a few days before Sam’s birth, her parents helped in the upbringing of their grandchild. They showered lots of love and support to their daughter and grandson. After all, Finty is the only daughter of Judi Dench and her husband.

Furthermore, Finty’s son, Sam Williams is also the great-grandson of Reginald Arthur Dench, father of Judi Dench. He was a great physician who passed away in 1964.

Likewise, the Dench-Williams family also spends those small but happiest moments while making TikTok videos. Finty Williams’ son often shares TikTok videos he made with his mom and grandma.

Once, Sam’s TikTok video that featured Finty’s mom went viral. Most fans loved the video and showered their love through comments and likes. All those videos prove how close Finty Williams’ family members are, and it’s great to see their loving bonds.

Is A Ed Sheeran Look-Alike

Sam is already popular due to his famous grandmother and mother. In addition to that, there is one surprising point that adds up to his fame.

Judi Dench’s grandson is a look-alike of legendary singer Ed Sheeran. Even the devoted fan of Ed may mistake the young Williams for the famous singer.

While it can be flattering even to look similar to famous celebrities, in the case of Sam Williams, it has caused inconvenience. He often gets mobbed by fans of the famous singer. As reported by The Sun, once Ed Sheeran had to send his security guards to rescue the grandson of Judi.

Moreover, when Ed Sheeran met Judi Dench’s grandson Sam, he was so surprised by their likeness he even offered him to become a body double. But Sam Williams reportedly did not accept the offer.

Does Judi Dench’s Grandson Have A Girlfriend?

Well, the Macbeth actress’s son is dating a girl named Elizabeth Patrick, who also goes by Lizzie Patrick. Although neither of them has talked about their relationship, Sam and Lizzie are Instagram official as both of them often share pictures on their respective Instagram account.

As per her LinkedIn profile, Lizzie Patrick is a stage manager. She is also an assistant stage manager for the famous show “Everybody’s Talking About Jamie.”

Elizabeth and Finty’s son seems to be head over heels for each other. We wish them a lasting relationship.

What Does Finty Williams’ Son Do?

Even after being at the center of the spotlight, there is no information regarding the education and career path that Sam Williams has chosen. But there is no need to be worried. With all the popularity and power that Sam Williams’ family holds, he will surely achieve great things in his career.

Who knows, he might be already following the footsteps of his mom and grandmom into the entertainment industry. But it’s just an assumption. We would love to hear his success story and wish Finty Williams’ baby boy, Sam Williams, a happy and prosperous life ahead.

The name Sam means “Told By God” and “God Hears” and it has Hebrew origin.