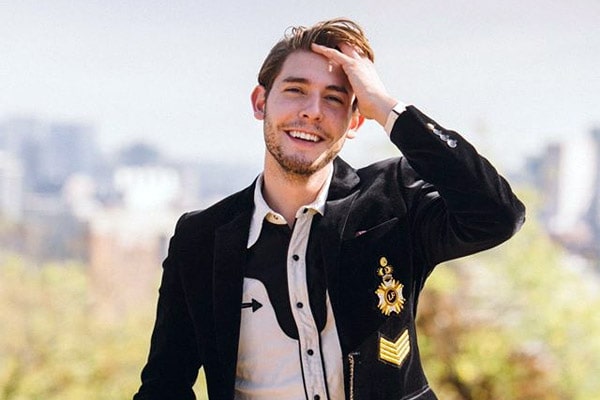 Sam Williams was born in Nashville. He grew up on Highway 79 in Paris, Tennessee. The part of Williams’ Family, Sam Williams enrolled in Belmont University for his graduation. But he dropped out after spending two and a half years there to pursue his career in music. In the beginning, Hank William’s grandson Sam cared more about sports than music. But later he realized the poetic songwriting skill and striking vocal within him. And today Sam Williams is a famous singer plus songwriter like his dad, and sister Holly Williams.

Not only Sam but his sisters Holly and Hilary Williams and brother Hank III also took over the Williams family’s flair of singing and songwriting. Sam Williams explained in an interview with The Boot that he was influenced by his sister’s singing proficiency. Moreover, Sam himself is gifted with magical vocal skills.

Sam Williams Released A Music Video In HIs Grandparents’ Remembrance

None of the Children of Hank Williams Jr. got to meet their granddad Hank Williams. Despite that, all of the Williams kids grew up with a respect for him and the music created by him. The Williams Kids bequeathed their grandfather’s music line.

Back in 2018, Sam released a music video of a song titled “The Lost Grandchild’s Plea“. Mellifluous Singer Sam has him speaking to his grandparents, Hank and Audrey Williams. His grandma Audrey and grandpa Hank must be proud of this tribute of their grandson.

Sam Got A Standing Ovation On His Debut In Opry

The country music expert Sam debuted on the Grand Ole Opry on 9th October 2019 right after some days of his live performance with Cam aka Cameron Marvel Ochs. Cam invited Sam to play in the Opry on October 9th night and make his Opry debut before their live performance. And certainly, Hank Jr.’s son accepted the Invitation and hit the Opry Stage as planned on October 9.

On Sam’s debut in Opry, he put on his grandfather Hank Williams’ hat for the very first time. Sam Williams shared that mighty moment on his Instagram story. Grand Ole Opry also tweeted about Sam wearing his grandfather’s hat during the performance on their twitter page. Right after the completion of Sam’s performance, the entire crowd gathered in Opry were on their feet rewarding him a standing ovation.

Hank Williams Jr.’s daughter and Sam Williams’ sister Katherine Diane Williams died in a car crash on 13th June 2020. Katie was driving an SUV with her husband Tyler Dunning by her side which crossed a highway median and rolled over at around 7:45 p.m. She died on the spot while her husband was taken to a nearby hospital.

In honor of Katie, Sam along with his siblings shared Katie’s photos on their respective social pages. Sam Williams misses his sister a lot.

Almost Got Beaten Up In A Biker Bar

Once after a show, Hank Williams Jr’s son Sam Williams was about to play a pool. He hadn’t realized that the table was already taken. When he grabbed the pool stick, someone tried to beat him up. Thinking he had to keep his face intact, he left after.

Samuel is the name of Hebrew origin which means either “God heard” or “name of God”.