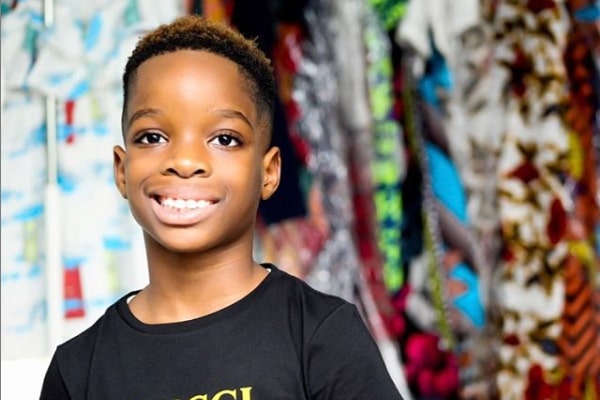 Ayodeji Ibrahim Balogun, professionally famous as Wizkid, is a Nigerian songwriter and singer. The talented artist began recording music at the age of 11. His fame increased after releasing ‘Holla at Your Boy‘ in 2011.

Besides Wizkid’s fame as a singer, he is a perfect father and gave birth to three alpha boys with different partners. Today, we will be talking about Wizkid’s son, Boluwatife Balogun, with his baby mama, Shola Ogudugu. Let’s get to the point.

Boluwatife Balogun was born on May 13, 2011, to Shola Ogudugu and Nigerian singer, Wizkid. He is the first child of the couple and is very innovative from a very young age.

Wizkid welcomed his first son, Boluwatife, with his teenage girlfriend, Shola Ogudugu, when he was just 21, and she was 19. The 9-year-old kid acknowledged his passion at a very tender age and is very optimistic.

Furthermore, On Top Of Your Matter singer, Wizkid’s kid is the star of his social media handle. Therefore, he wishes his first child on meaningful dates like birthdays.

Boluwatife’s jolly personality seems to take him to a great length. Let’s hope we get to see him grow as famous as his father.

Boluwatife Balogun’s Birth Made Headlines Too

Wizkid’s son’s birth made headlines when his baby mama, Shola Ogudugu, gave birth to their first child in 2012. Aforementioned, Wizkid’s baby mama was only 19 years old when she gave birth to Boluwatife

After a detailed investigation, it was concluded that the Nigerian singer had impregnated then-undergraduate student Shola Ogudugu. The story created a considerable commotion in the media while Wizkid denied the allegations as the DNA results were pending.

Likewise, Wizkid continuously denied having a child in interviews and all the baby scandals until October 2013.

Boluwatife debuted a kid’s clothing line in 2018 on his 7th birthday and upgraded to adult clothing on his mother, Shola’s birthday, in 2019.

Although he started with designing custom and standard fits for kids, his mother, revealed that the brand now makes footwear and other adult apparel. In an interview, Boluwatife’s mother explained that he used to come up with great combinations, and people wanted to know where they got their clothes from.

Hence, the full credit of launching the venture goes to the 9-year-old fashion entrepreneur, Boluwatife Balogun.

The multiple award winner, Wizkid’s first child, Boluwatife, has shown himself to be a smart young lad and has proven his undeniable fashion sense.

In an interview, Boluwatife revealed that he wanted to dress Nigerian singers like Davido, Ycee, and Olamide. When asked about his choices, he non-hesitantly said that they were his favorite singers as they seem to sing effortlessly.

The father-son duo is strikingly similar. Wizkid and his son, Boluwatife, share similar interests in music and fashion. Furthermore, Wizkid’s baby mama, Shola, revealed that her son shares an exact gene with his father, Wiz.

Ok I’ll do a Live session with my Lil man playing some of the beats his made and ALSO making a whole new beat from start to finish.. Drop a Comment if you’re in .. Lez GAO!!! 💫

Boluwatife’s mother, Shola, revealed that he is very good at making fresh beats from start to finish. Likewise, mama goose seemed excited about her son’s newfound talent and shared the news in a series of tweets. The proud mama went live on her social media handle while her son Boluwatife spat fresh beats.

As for a fact, the name of his half-siblings or Wizkids’ other two sons are Ayodeji Balogun and Zion Balogun.

Besides sharing interests with Wizkid, Boluwatife has a great bond with his mother who also acts as the creative designer for their fashion empire.

The name Boluwatife is of Nigerian origin from the Yoruba tribe, which means ‘the will of God.’