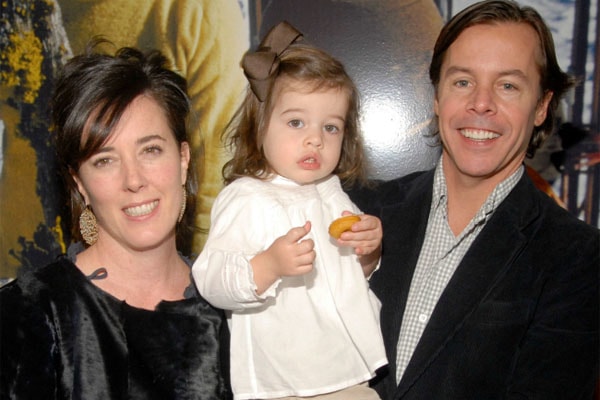 Even though Frances is blessed with talented parents, she lost her mom, Kate Spade, on June 5, 2018, leaving devastating consequences over her and co-workers she was working with. However, Frances and her dad, Andy have tried their best to forget the past and move on. At present, the father and daughter live together in California.

The loss of Frances Spade’s’ mom, Kate Spade took the world with shock. Her death was reported suicide after she was found hanging by her scarf at her Park Avenue Home. Till now, the reason behind her suicide isn’t clear. According to some source, it was said that she had mental illness and depression. Some source revealed that it could be the couple’s relationship. Andy and his late wife, Kate used to live separately before. However, there was no such news of their divorce.

Frances’ parents usually don’t make statements about their marital relationship on social media. However, her dad, Andy had a tough time losing his wife. He stated that Kate was both his friend and wife. They lived separately, but they have always been the same, caring for each other. During that period, Frances lived with both of them, and she didn’t seem to mind at all.

Frances Received A Note From Her Late Mom

There are some people in the world who live unknowingly carrying somebody’s guilt. Well, Frances may have been guilty over her mother’s death, but Kate didn’t let that happen. She left a heartbreaking note saying ” I have always loved you. This isn’t your fault”. It was the last thing Frances had heard from her mother.

There aren’t many details about Frances Beatrix on the internet yet. From her several appearances with parents, we came to know that she is a beautiful and healthy girl. As of now, Frances is fourteen years old. At such a young age, having lost her mother is a terrible experience. We hope she is having proper care and guidance from her closed ones.