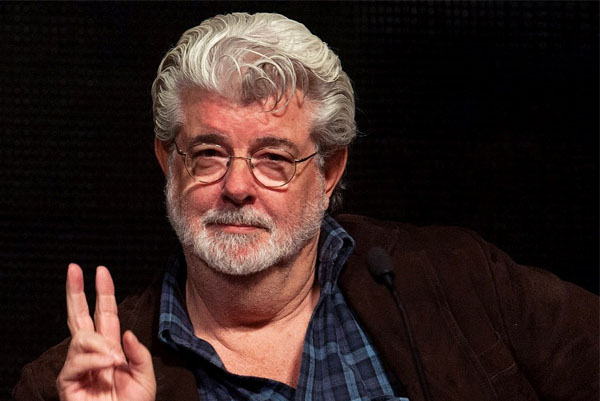 Not many may know this but the legendary American filmmaker George Lucas has four children and a step-daughter. His children are Amanda Lucas, Jett Lucas, Katie Lucas, and Everest Hobson Lucas. And as for his step-daughter, Amy Rodrigues is the daughter of Marcia Lucas and her ex-partner, Tom Rodrigues. But, George Lucas has a big heart and loves all of his children.

To talk about George, he married Marica Lucas in 1969 but after 14 years they got divorced in 1983. Right now he is in a loving relationship with his wife, Mellody Hobson. The couple got married in 2013. Well everyone knows that George Lucas is famous for creating the Star Wars and Indiana Jones franchizes.

Amanda Lucas is the eldest of all and was born on 1st July 1981. She is the daughter of George Lucas and his ex-wife, Marcia Lucas. She has two siblings who were adopted, one half-brother and a step-sister.

Like her dad, Amanda is very talented because she is an American professional mixed martial artist, actor, writer and film director. But above all, she gives priority to MMA. The beautiful Amanda married Jason Hallikainen in 2010. Amanda’s husband is a professional trainer in MMA.

Amanda Lucas and Jason Hallikainen have children; a son and a daughter. She updates her daily life through Instagram and Twitter. She enjoys her life with family by going to MMA tournaments to watch massive matches and roaming around different places with family. Likewise, Amanda bonds well with her dad too. Occasionally, she goes to the red carpet with George Lucas.

Katie Lucas is one of the adopted children and was raised by George Lucas. George Lucas loves Katie as much as he loves his other children. Katie was born on April 13, 1988. She is the god-daughter to both finest filmmakers; Steven Spielberg and Francis Ford Coppola.

George Lucas’ daughter Katie Lucas is an American actress and a writer. Katie has played in Star Wars: Episode I, II and III. The gorgeous actress seems to be living a low profile life as she doesn’t have Instagram and Twitter accounts yet. The reports about Katie’s relationship is hidden under the curtains but we hope she gets the one person who will love her for eternity.

George Lucas adopted Jett Lucas when he was very small. He was born in 1993. The handsome Jett Lucas is the younger brother to Amanda Lucas and Katie Lucas. He also has a younger half-sister, Everest Hobson Lucas.

Just like his sister Katie, he has also starred in the Star Wars: Episode III and The Clone Wars. Going through Jett’s Instagram, we found out that he has posted a lot of photos with a girl named Mary Carr.  It looks like George’s son Jett is in a relationship with his beautiful woman. Jett Lucas’ girlfriend Mary Carr is a stunt woman and model by profession. Jett is having a beautiful love relationship with her and enjoying the best of his life beside her.

George Lucas’ Daughter Everest Hobson Lucas Is The Youngest One

Everest Hobson Lucas is the youngest child in the Lucas family. She is the daughter of George Lucas and his wife, Mellody Hobson. Everest was born in 2013. She seems to be adorable and lovable in nature. The media seeks Everest’s appearance to capture her cuteness.

Everest’s mother, Mellody Hobson is an American businesswoman. Everest Hobson is really lucky to have such talented parents. She is a celebrity kid and we can probably assume that she is going to step her leg into the acting career.

Amanda – Amanda is a word which originated from Latin language and its meaning is deserving to be loved.

Katie – The word Katie is an English name but according to Greek language Katie means pure.

Jett – The meaning of the word Jett is free.

Everest Hobson – The highest mountain in the world located in the Himalayas of Nepal is Mt. Everest. The word Hobson is an Anglo-Saxon origin which derived from the nickname ‘Hob’