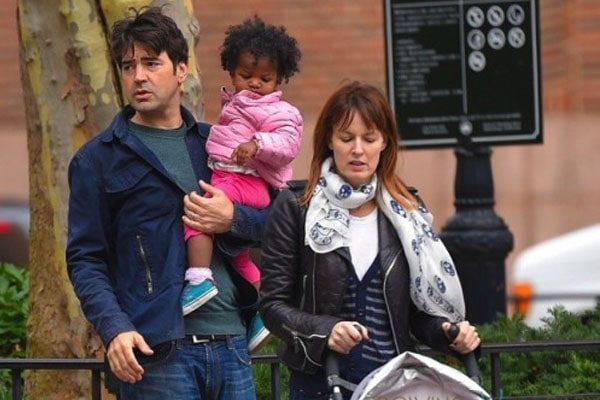 American actress, Rosemarie DeWitt‘s daughter Gracie James Livingston was born on the 29th of April 2013. Rosemarie adopted Gracie together with her husband Ron Livingston. Gracie’s parents, Ron and Rosemarie tied the wedding knot in November of 2009 in San Francisco. The adorable couple is together ever since.

Gracie also has a sister named Esperanza Mae aka ZaZa adopted by her parents in the year 2015. Apparently, the two sisters get along with each other very well.

Is The Adopted Daughter

The actors, Rosemarie DeWitt and Ron Livingston adopted Gracie James back in the year 2013. The two were thrilled to announce the arrival of their daughter Gracie to the media.

Despite being a famous celebrity, Rosemarie has been quite successful to keep her daughter in the shadows for so long. Not always but most of the time the actress has avoided the media confrontation with her daughters. Also, the information regarding Gracie’s schooling has not been revealed yet.

Gracie Is Close With Her Sister

Cute Gracie James was joined by her sister ZaZa back in the year 2015. According to the La La Land star, both the sisters are getting along swimmingly. DeWitt says,

“They’re happy, they like each other a lot. She(Gracie) has an odd Christmas list. I asked her what she wanted. She wanted bad guy tattoos, which I haven’t been able to find yet, a pink firefighter, a blue firefighter.”

Rosemarie nonchalantly announced that she and husband Ron Livingston have adopted for the second time. It was on The Ellen DeGeneres Show in December 2016,  the actress introduced ZaZa to the world for the first time.

As of now, the cute and lovely family of four seems to enjoy their life to the fullest. The mother of two along with her husband is truly an inspiration and a set of idols for the young couples for the adoption of children.