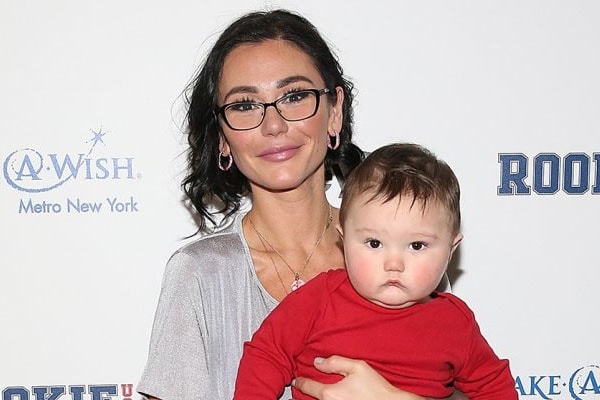 Jenni “JWoww” Farley‘s son Greyson Valor Mathews was born on May 5, 2016. Greyson Valor is the youngest member of his small family. He also has got an elder sister named Meilani Alexandra Mathews who is two years older than him. Jenni had both of her kids with Roger Mathews.

Greyson’s parents, JWoww and Roger got engaged in 2012 during a sky diving trip. Then the pair, later on, got married in October 2015. But as of now, the couple is estranged as JWoww has filed for a divorce.

During an interview with Hollywood Life, Jenni shared that her kid Greyson is diagnosed with autism. Not just that, the mother of two also opened up about the plans for her son’s future. According to Jenni, Greyson Valer is having co-therapies and ABA treatments and speech therapy.

Plus it looks like Greyson is doing well as Jenni was raving on how good improvements he has made when it comes to speech. Now he also knows a lot of colors and is slowly progressing. As Jenni is happy with her son’s improvement now, she was also frustrated in the past because of other’s preconceived notions about her kid.

As mentioned above, JWoww has already filed for a divorce from her husband, Roger Mathews. But the former pair still celebrates significant occasions together. Roger too has got a great deal of love for his son. After his kid was diagnosed with autism, he shared a hopeful message stating: “It’s all part of the journey. There will be obstacles.”

We can see how JWoww and Roger are doing everything to give their kid the best he deserves.

Greyson Valor Is A Insta Star

If you look at JWoww’s Instagram account, you will know what we mean. She doesn’t hesitate to share details about her kid and how he is improving. Jenni Farley’s son Greyson accumulates thousands of likes and comments on his photo stating how cute and adorable he is.

Let’s hope Greyson will be able to do whatever he likes in the coming days.

The name Greyson is of Old English Origin meaning son of the gray-haired man. As for the name Valor, it means bravery and courage.