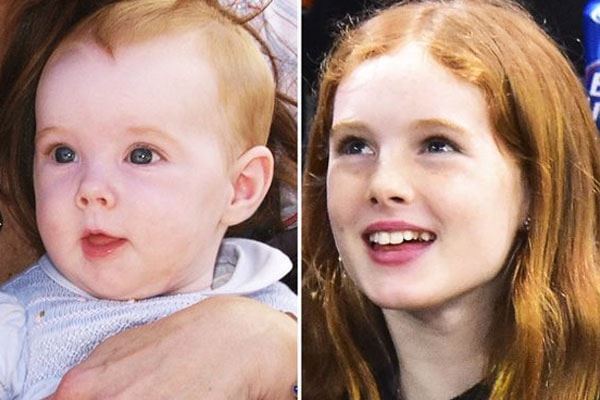 Chris Henchy and Brooke Shields’ daughter, Grier Henchy, was born on April 18, 2006. She is the second daughter of the celebrity couple. Her birth name is Grier Hammond Henchy. Grier also has an older sibling, Rowan Henchy.

Grier was born in Los Angeles, CA. Her star sign is Aries.

Grier Henchy Is The Second Born Of Chris and Brooke

Chris Henchy and Brooke Shields became parents for the second time when Grier Henchy was born in 2006. Brooke Shields’ daughter was born on the same day and in the same hospital as Suri Cruise, the daughter of Tom Cruise. Grier also became a teenager this year when she turned 13 on April 18. Since not much information revealed about her yet, we can assume that she probably attends a high-school in New York City, where she lives with her Parents and elder sister, Rowan Henchy.

Brooke Shields’ daughters are very much living an ordinary life, like any other girls their age. She has often said in interviews that she is not lenient with daughters when it comes to mass scrutiny and digital medias. Thus, Grier doesn’t have an Instagram account. Likewise, Rowan Henchy also isn’t on Instagram. Not only the Henchy sisters but their father Chris doesn’t use Instagram. Even mother Brooke Shields hardly posts about her family life. Very occasionally, Grier Henchy’s mother, Brooke Shields, posts about her and sister Rowan Henchy. In her mother’s day, she kept a throwback picture with both of her daughters. She wrote that she was very proud of both of them.

Chris Henchy and Brooke Shields’ daughter, Grier Henchy has grown up to bear an uncanny resemblance to her mother. In September 2018, the mother-daughter duo was spotted at Hampton Classic Horse Show in New York. Grier absolutely looked like the younger version of her mother.

How Did Grier Henchy’s Parents Meet?

Brooke Shields is an actress who has starred in a variety of films, in addition to The Blue Lagoon and Endless Love. Besides being a screen-writer, Chris Henchy is also a producer known for Land Of The Lost. According to some sources, the pair met in 1998 through a mutual friend. Brooke divorced from Andre Agassi in 1999 and married Chris in a private ceremony in 2001.

For the latest updates on Celebrity Babies, follow us on eCelebrityMirror.