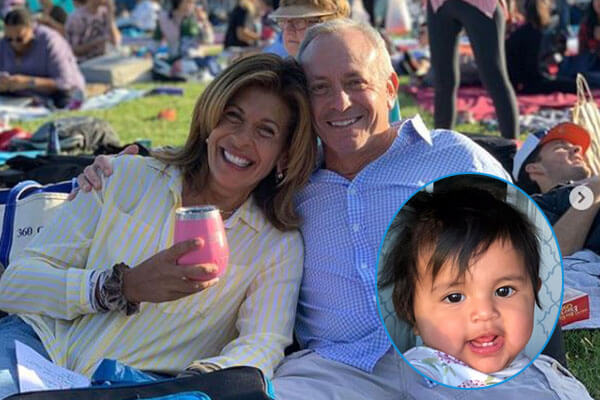 Hoda Kotb‘s daughter, Haley Joy Kotb was born on February 15, 2017. She is an adopted child of Hoda and her partner, Joel Schiffman. The adorable Haley has a newborn sister, Hope Catherine, whom her parents adopted in April 2019. Now a 2-year-old, Haley is all set to attend pre-school next year.

Haley’s adoptive mother, Hoda, is a breast cancer survivor. Unable to conceive a child through natural procedures, the Today Show host, along with her boyfriend Joel, have adopted two wonderful girls. Sibling duo Haley and Hope live a comfortable and relaxing life with their adoptive parents.

It’s no secret that Hoda Kotb won her fight against breast cancer. It’s a relief for the NBC co-anchor’s fans to hear that news. However, Hoda’s former illness made her unable to conceive a child through her womb. This led the couple to adopt a newborn baby girl in 2017. They named her Haley Joy.

Undoubtedly, Haley Joy came as a bundle of joy to the family. As such, the daughter has been living with her new parents for over two years. The innocent and playful nature of Haley lightens up her parents’ entire days. Overjoyed, mother Hoda recently hosted an amazing birthday party for her baby girl Haley.

As she is still young, Haley Joy has a lot coming in the future. She might eventually follow her mother’s footsteps and become a successful television personality. Let’s hope that Haley will not become too sad to learn that Hoda and Joel are not her biological parents.

Haley Joy Kotb’s Parents Adopted A Sister For Her

Life is full of excitement for little Haley. Her adoptive parents felt that she needed a playmate to have fun with. Which is why the unmarried couple, Hoda and Joel, adopted another baby girl.

Haley Joy’s sister is named Hope Catherine, as she brought a bucket of hope to the Kotb family. Who knows, Hoda might be planning to adopt another child. This time, who knows, Haley and Hope might get a sibling brother.

The name Haley is a variation of the English surname “Hayley,” which means “wood, clearing, meadow.” Joy means “delight” or “happiness.”