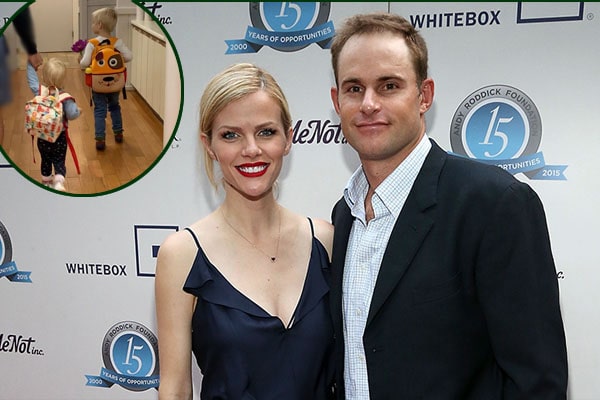 She had both of her kids together with her husband Andy Roddick. The lovely couple shared their wedding vows in the year 2009 and the two are together ever since.

Hank Roddick Was Born In the Year 2015

4-years-old Hank is the eldest child in his family. As of 2019, he has a younger sibling sister named Stevie Roddick. Brooklyn Decker’s son Hank was born in September 2015 in Los Angeles, USA.

Back in the Halloween of 2018, Hank wore a demonic pumpkin as his Halloween costume. According to People, Decker even joked about her son’s costume and said, “He(Hank) called it a nice monster but he really was a demonic pumpkin.”

It looks like the family of four is enjoying their life to the fullest. Not always but most of the time, Decker shares her kids’ pictures on her Instagram account. However, she makes sure not to show their faces.

Brooklyn Decker’s Daughter Is The Cutest In Her Family

Stevie Roddick was born in the year 2017 to her parents, Brooklyn Decker and Andy Roddick. As mentioned before, she is the youngest member of her family. The adorable and cute kid of the Sports Illustrated Swimsuit model is currently in her primary school.

Stevie’s father is a former tennis player and her mother is a popular actress and model who owns a tech company of her own. Born to the parents with entirely different career choices, Stevie might follow the footsteps of her parents or start off her own being an entrepreneur.

The actress broke down with some complex emotions after seeing her 17-month-old daughter Stevie off to school for the first time. Brooklyn captured and shared her important moment via her Instagram handle.

The mother of two asked,

“I just left her to fend for herself! I cried. Not as much this time. Two babies in baby school.”

There is without a doubt that the cute children will surely grow up and do something good in their life making their mama proud in the process.