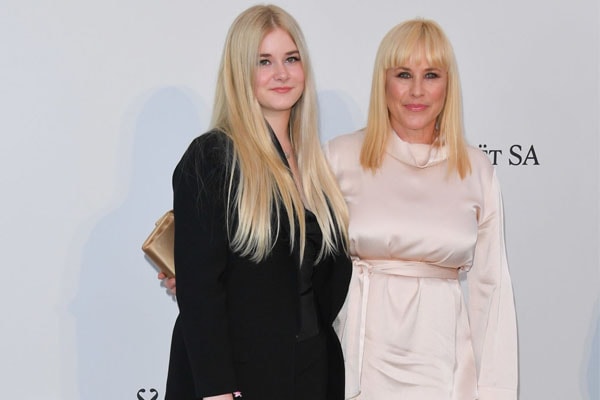 Harlow Olivia Calliope Jane, Patricia Arquette‘s daughter was born on 20th of February 2003. Patricia Arquette had Olivia together with her ex-husband Thomas Jane. Olivia’s parents, Patricia and Thomas tied their wedding knot back in 2006. However, things didn’t go well for the former couple. Settling their differences, the exes finally got divorced in 2011.

Olivia Calliope Jane is not the only child in her family. She also as a half-sibling named Enzo Rossi.

Harlow Olivia Calliope Jane Is Born In The Family Of Actors

Patricia Arquette’s daughter Harlow Olivia is born in the family of actors. As mentioned earlier, she is the daughter of famous actors Thomas Jane and Patricia.

Olivia also went to follow her parent’s footsteps and drove her career towards acting. She has appeared in a TV series named Texas Rising. Not only that but, Olivia has also seen in Unicef Imagine Campaign telecasted in CNN Newsroom.

However, many of the celebrities fear to take fashion risks during award session, but not in the case of Patricia Arquette’s daughter Harlow. She is often spotted expressing her sense of style with ease and confidence from her early childhood.

Patricia Arquette is a proud mother of her daughter Harlow Olivia. Pleased mother of two stayed close and clicked photos with her child on the red carpet at the People’s Choice Awards 2015. Her mother even introduced her to E! News:

“This is Harlow Jane, she’s my cat, She’s my kitty daughter.”

Currently, she lives with her mother after her parent’s divorce in 2011.

Harlow Olivia Calliope Jane has a very long name given by her parents. Let us break down each meaning of her name:

Harlow is a female given name of English origin which means “army.” Her middle name Olivia is a girl’s name of Latin origin which gives the meaning of “olive tree.” Moreover, Calliope was derived from the name of nine goddesses of Greek mythology with literal meaning “beautiful-voiced.”