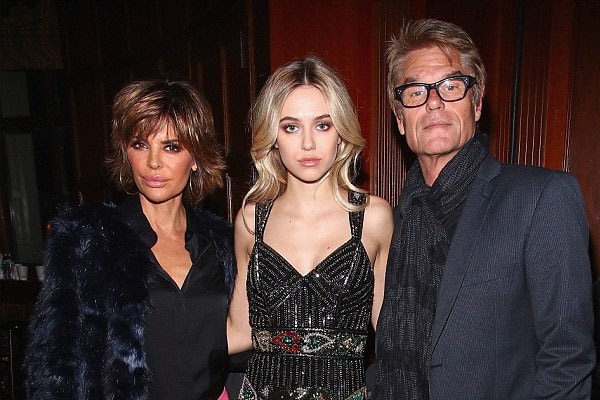 Delilah Belle Hamlin, Harry Hamlin‘s daughter with his wife Lisa Rinna was born on 10th of June 1998 in LA, California. Delilah is an Instagram sensation who rose to fame as the daughter of famous actors Harry Hamlin and Lisa Rinna. She has even appeared alongside her parents in an episode of Harry Loves Lisa on a fan-favorite reality TV show named The Real Housewives of Beverly Hills.

Delilah Belle Hamlin is not the only child of her parents. She has a younger sister named Amelia Gray Hamlin who was born on June 13, 2001. Delilah and Amelia also have a half-brother named Dimitri Hamlin, who is the son of their father and Ursula Andress.

The Hamlin sisters are also growing next-generation stars as they were referred to by Bustle as the next Kendall and Kylie Jenner.

The beautiful Instagram model is adored by her fans and followers throughout the world. Her Instagram account is filled with her excellent and exotic photoshoots. Not only that but she also works as a chief model for One management which seems to be a popular model agency.

The adorable Harry Hamlin’s daughter Delilah is currently in a relationship with Love Island 2018 star Eyal Booker. The 23-year-old Eyla met Delilah in Coachella Festival and have been dating ever since. Also, the romantic couple is often spotted enjoying holidays in an exotic location and seems lively together.

Not only that but checking at their Instagram account, it is quite obvious that Delilah’s mom Lisa Rinna is happy with her daughter’s relation with Eyal. Obviously, the lovely pair seems to be meant for each other being present in thick and thin.

Delilah is a girl’s name of Hebrew origin meaning “delight or to flirt”.