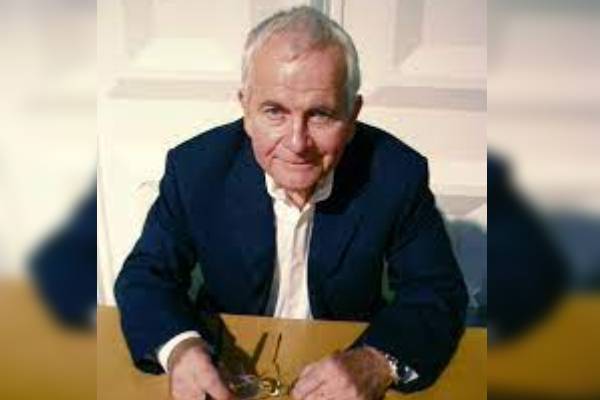 Tony Award-winning actor Ian Holm Cuthbert was one of the greatest actors of all time. Even without any roots in acting, Ian Holm made a name for himself in the entertainment industry through pure talent. The actor was nominated for seven BAFTA Awards and won twice for The Bofors Gun and Chariots of Fire. Some of the actor’s other well-known works include The Lord of the Rings & The Hobbit trilogy and The Madness of King George.

While Holm’s career couldn’t have gone any better, his love life, on the other hand, was a mess. The now-deceased actor had many romances and heartbreaks before finding the one with whom he could settle down. As surprising as it might sound, Ian Holm married four times. In addition, he had several flings with other women.

From Holm’s multiple relationships, he welcomed many offspring, most of whom made a career in the entertainment industry. So, in this article, we’ll learn about Ian Holm’s children and see what they’re up to right now.

Has Two Daughters From His First Marriage

We’ve all seen Hollywood romances that don’t stand the test of time. Lynn Mary Shaw and Ian Holm’s marriage is one example of such a relationship. The couple married in 1955 and divorced a decade later. However, their relationship was not entirely fruitless, as they had two beautiful daughters, Jessica Holm and Sarah-Jane Holm, from their union.

In this segment, let us learn about Holm’s daughters in detail.

Holm’s Eldest Daughter Is An Illustrator

Jessica Holm was born Jessica Lynn Holm in Stratford-upon-Avon, Warwickshire, England, in 1960. According to her Facebook page, Jessica went to Putney High School and later studied Zoology at Royal Holloway, University of London.

Ian Holm’s daughter then went on to work as an independent artist and later as a television presenter. To date, she has worked with BBC TV, Ch4, More4, among others. Jessica also works as a dog breeder and is the owner of Holmchappell Kennel. Unfortunately, Holmchappell is currently not operating.

The celebrity child also serves as an illustrator and sketches and paints breathtaking images, most of which feature dogs. Moreover, she often shares her works on social media. Looking at the pictures, it is clear that she enjoys her work and is constantly striving for improvement.

Furthermore, despite having stage IV metastatic cancer, Holm’s daughter is upbeat and encourages others to do the same.

The doting mother sometimes shares pictures of her kids on her social media. However, Jessica mostly keeps her kids away from the limelight. Consequently, the public knows little about Ian Holm’s grandchildren.

Nonetheless, they must be living a comfortable life. So, let us wish Jessica Holm and her family well for the time being and hope that their happiness grows over time.

Sarah-Jane Is A Renowned Actress

As per IMDb, Sarah-Jane was born in 1962 in Stratford-upon-Avon, Warwickshire, England. Unlike her elder sister, Sarah has opted to follow in their father’s footsteps and pursue a career in acting. People best know Ian Holm’s daughter for her works in My Family and Other Animals, A Bit of a Do, and In the Beginning.

Some of her other works, as well as her roles and the years they were released, are as follows:

Despite being a well-known actress, Sarah appears to be a private individual and prefers to stay away from the limelight. However, her Instagram bio suggests that she is now known as Sarah Marsden, implying that she is a married woman.

Yet, there are no reliable sources to confirm if she has or has not married. Regardless, we wish the actress the best for her future.

Ian Holm’s Son With Sophie Baker Is A Filmmaker/Photographer

After divorcing Lynn Mary Shaw, Holm married artist Sophie Baker in 1982. Sadly, their marriage was short-lived, and the two separated in 1986. However, during their time together, the now-divorced pair welcomed a son Harry Holm.

Ian Holm’s son has also dabbled his hand in the entertainment industry, following his footsteps. The talented celebrity kid directed a TV mini-series documentary, O Nefyn i Nairobi. Furthermore, he also helped edit the documentary Look Up and Wave Your Glove.

At present, Harry works as a professional filmmaker and photographer. He also frequently shares his works on his Instagram page.

Like most of Ian Holm’s children, Harry has also found his partner. The emerging photographer started dating The Walking Dead Alpha actress Samantha Morton in 2005. The pair first met while filming a music video for the Vitamin band and got engaged after only a year of dating.

According to various sources, Harry and his partner live in Monyash, Derbyshire, with their children. So, let’s send our best wishes to Ian Holm’s son and his family.

Ian Holm and Bee Gilbert met while they were both working at RSC productions. Bee was his dresser and was utterly charmed by him at first glance. The two then dated for around fifteen years and had a son and a daughter while they were together.

Bee and Ian’s son, Barnaby Holm, was born Barnaby Cuthbert on February 20, 1967, in New York City, USA. Barnaby has appeared in projects like The Final Conflict, Juggernaut, and The Lost Boys.

Likewise, Ian’s daughter Melissa Holm, better known as Lissy Holm, is also involved in the entertainment industry. Lissy works as a casting director and has over two dozen casting credits to her name. She has worked for movies and series such as The Ones Below, Victoria & Abdul, Soon Gone: A Windrush Chronicle, and State of the Union.

Both of Ian Holm’s children with Bee Gilbert prefer to stay away from the limelight. Consequently, little is known about their current whereabouts. Nonetheless, they must be living a prosperous life.

So, we wish Barnaby and Melissa the best for their future and hope that they find success in their respective fields.

Barnaby is of Aramaic origin, meaning the son of Nabia. Likewise, Lissy with Hebrew origin means God is abundance. And, lastly, Sarah is a Hebrew name meaning noblewoman or princess.