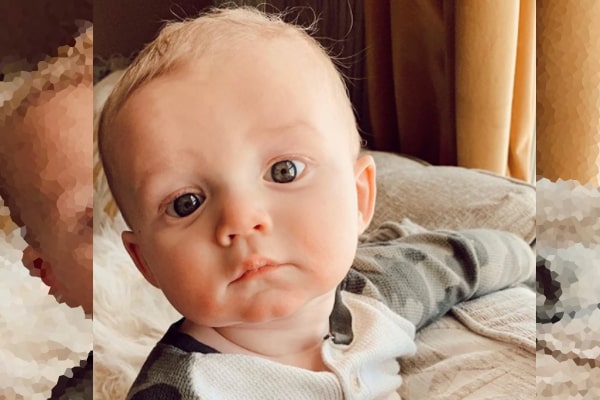 Country singer Morgan Wallen caught people’s eyes when he competed in the sixth season of The Voice. He was initially a member of Usher‘s team but later showed up in Adam Levine‘s. However, he was eliminated in the playoffs of the season but was thankfully signed by Panacea Records.

Wallen even released his debut album, If I Know Me, in 2018, which reached No.1 on the Billboard Top Country Albums chart. Moreover, he remains a country jam headliner after Whiskey Glasses crossed 300 million streams on Spotify.

Apart from massive career success, Morgan Wallen welcomed a baby boy with ex-girlfriend KT Smith. He is beyond happy to have held such a beautiful child. Therefore, here is everything about Morgan Wallen’s son, Indigo Wilder Wallen.

Furthermore, Morgan claims that his child’s arrival has made him a ‘changed man,’ and he is grateful for that. He announced the new addition via Instagram with a long and heartwarming caption.

Morgan wrote that his son, Indigo was a gift, and the most challenging year made sense after his birth. He further promised his baby that he would be the father he deserves.

The country singer continued that every decision he is to make now will be with Indigo in mind. Morgan also vowed to protect his kid and try to be the best example of a good, godly man just like his daddy was for him.

Moreover, the Chasin’You singer continued to share his ecstatic feeling about parenthood and concluded by thanking his friends and families for their support.

Morgan Wallen’s baby mama, KT Smith, also shared the news of their son’s arrival on her Instagram with yet another heartwarming caption. She wrote that her kid, Indigo Wilder was an answer to her infinity prayers.

As of now, Morgan Wallen’s son, Indigo Wilder Wallen, is almost nine months, and Smith and Wallen are doing their best as co-parents.

Morgan Wallen And KT Smith Are Co-Parenting Their Kid

Aforementioned, Morgan Wallen welcomed his son, Indigo, with his former girlfriend, KT Smith, on July 10, 2020. He proudly announced his arrival via his Instagram and added that he is co-parenting his child with Smith.

Unfortunately, there are no details regarding KT and Morgan’s relationship. However, they broke off their years-long relationship before the birth of their baby but still saw each other. They further agreed on co-parenting and are doing everything in their power to make things work.

According to People, the country singer Wallen admitted that being a single father was not how he imagined fatherhood. However, he’s embracing his role for his kid, who is healthy and incredible. Wallen further added that he wanted to have a family like his parents, Tommy Wallen and Lesli Wallen. But things happened otherwise. Despite Morgan’s expectations, he also added that he readily accepted his role as a dad.

Similarly, Morgan also revealed that he was thankful to share his son with someone he cared about. He also admits that he faced some challenges initially, but he had his parents to help.

Well, it is good to know that Morgan and KT Smith are finding ways to make things work between them as co-parents. Moreover, the new dad, Morgan, shares very little compared to his parenting partner, KT. But Morgan believes in a traditional upbringing, and he’s busy. So it makes sense. Also, Indigo has his own Instagram with 38.8k followers already.

Nevertheless, Morgan Wallen’s son, Indigo Wilder, is loved immensely by both his parents. Both Morgan and Smith are adamant about raising their son into a gentleman. Thus, let’s hope to see Indigo in the show business in the future. BTW, will Indigo inherit his father’s amazing vocals? What do you think?

The name Indigo is of Greek origin, which means Indian dye,