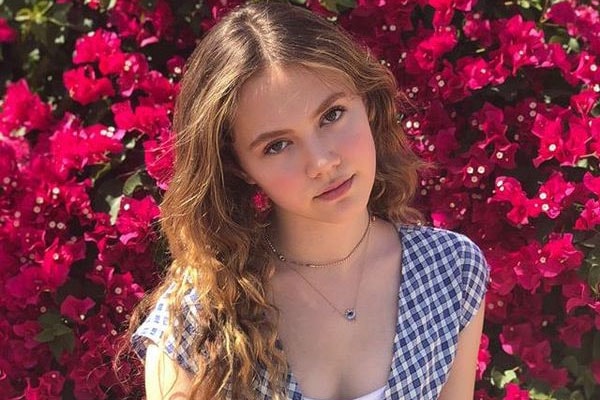 Judd Apatow and Leslie Mann’s daughter, Iris Apatow was born on October 12, 2002, in  Los Banos, California. Iris Apatow is an  American actress like her mother. She is known for her character, Arya Hopkins, in the Netflix series Love, as well as Ingrid in the movie, Funny People, among others. She also used to do makeup tutorials on YouTube.

Iris also has an elder sibling, Maude Apatow. The siblings have also appeared on movies together.

At the age of 5, Iris made her acting debut as Charlotte in her father’s movie, Knocked Up, in 2007. Iris starred beside her sister, Maude Apatow, and both played as actor Paul Rudd and their mother, Leslie’s on-screen kids. The movie was a huge success and also brought the sisters acting skills to the limelight. Later, after making her debut in the acting world, Iris appeared on other of her father’s directions, Funny People, and This is 40, where she reprised the role of Charlotte. Knocked Up and This is 40 is inspired by the Apatow family themselves.

And now Iris is known for her character of Arya Hopkins in the series Love that aired in Netflix.

The gorgeous Iris has been often lauded for her intrinsic acting skills.

Leslie Mann’s daughter is quite active on her Instagram page. She frequently posts her jaw-dropping pictures which garner tremendous likes and comments from her well-wishers and followers. She also loves animals and doesn’t miss a chance to take a snap whenever possible!

Iris already has 745 posts and her account boasts of 348k followers as of today.

The beautiful Iris also used to post makeup tutorial videos on her YouTube channel. She has 3 videos and 14,556 subscribers in the channel as of present.

But it’s been a year since Iris last uploaded any videos on her channel.

Iris is a Greek baby name which means “Rainbow goddess”.