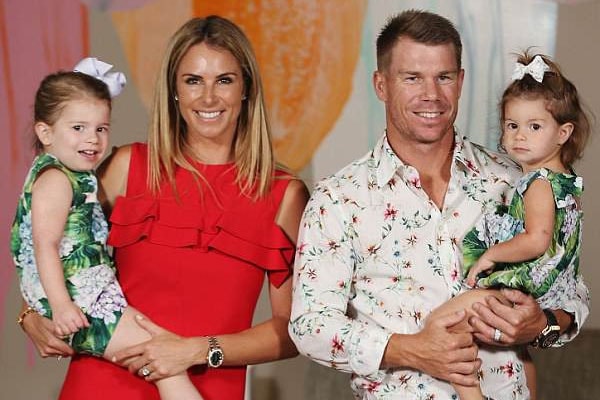 The Australian cricketer David Warner is a proud father of two lovely daughters named Ivy Mae Warner and Indi Rae Warner. David had both his children with wife Candice Warner.

The Reverend David Warner’s daughter Ivy Mae Warner was born on the 11th of September, 2014. The cute Ivy Mae is the firstborn of David and his wife, Candice. When the little Ivy Mae turned four both her parents posted a lovely message for their little one.

According to David, Ivy has a beautiful heart, and as per Candice Warner, her daughter has the most gentle soul and the kindest heart. Both Ivy Mae Warner’s parents feel blessed to have such an incredible daughter. A lot of fans have stated that Ivy Mae Warner is the mini version of her father David Warner as both share an uncanny resemblance.

Ivy Rae Warner has got a little younger sister named Indi Rae Warner. David Warner’s daughter Indi Rae Warner was born on the 14th of January 2016. When the little Indi Rae arrived into this world, David, Candice and their daughter Ivy Rae were pretty excited to welcome a new member to their small family.

David Warner’s Relationship With His Daughter

The ex-captain of the Australian Cricket team, David Warner, has got an excellent bond with both of his little ones. Most of the time David is occupied in his cricket but even though that he finds out time to spend time with his daughters.

The whole Warner family goes on vacation together, and David also takes his adorable daughters and wife with him when he gets the chance with him on his cricket endeavor.

The name Ivy is kind of a botanical name which has an English origin. It is also a famous English baby name which means faithfulness. And Mae is a French baby name derived from May or Maia, who in Roman mythology was the goddess of spring growth.

According to the Urban Dictionary, Indi means lovely, wonderful with a great sense of humor. And the name Rae is the feminine form of Ray which is a shorter version of Raymond meaning wise protection.