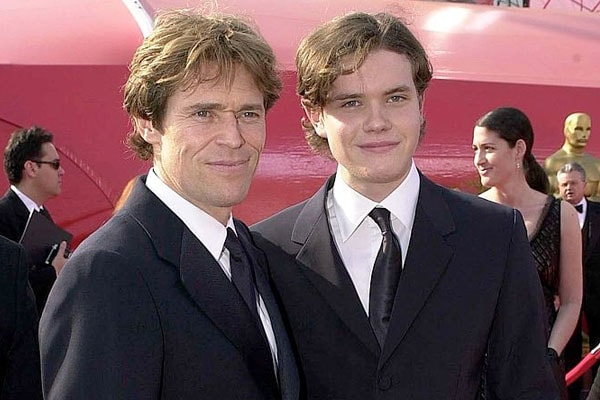 The American theatre and film actor, Willem Dafoe‘s son, Jack Dafoe was born in 1982. He is the only child of Willem Dafoe whom he had him with his ex-wife Elizabeth LeCompte.

Jack Dafoe’s parents, Willem Dafoe and Elizabeth LeCompte lived together for twenty-seven years and raised him.

Though Jack Dafoe is not into Hollywood, he often joins his father, Willem Dafoe in many awards. The father-son duo of Willem Dafoe and Jack Dafoe have appeared in many events and awards including West Independent Spirit Award, and Oscars. They seem to share quality time together. Willem and his son, Jack Dafoe posted a photo of them while attending the after party of the Closing Night Gala Presentation and North America Premiere Of ‘At Eternity’s Gate.’

Even when Jack was small, he mostly would be beside his father. The Spider-Man actor, Willem Dafoe, and his son, Jack were often spotted in different events. There is no witness of Jack Dafoe’s mother during his childhood period. It is obvious that Jack spent most of his time with his father.

Being the son of Willem Dafoe, a famous actor, Jack could have easily approached his career in acting. Though he is engaged in a completely different career. The 36-year-old, Jack Dafoe is a public-policy researcher and also the host of New York City Apollo Alliance. Apollo Alliance focuses on clean energy and good jobs which inspired him to work with this organization.

The name Jack is derived from Jackin. It is a medieval diminutive of John. As for Dafoe, it is a French surname.