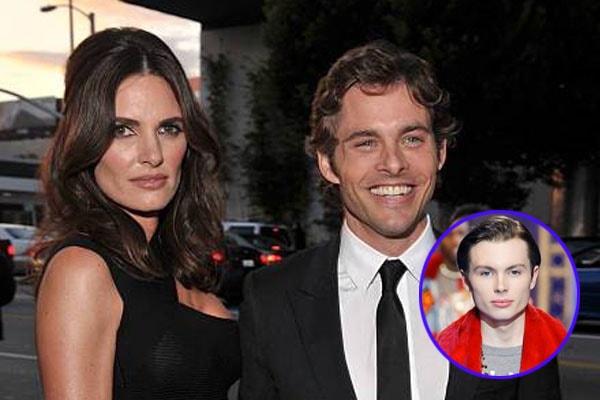 James Marsden‘s son Jack Marsden was born on February 1, 2001. Jack is James’ first child with his ex-wife, Lisa Linde. Jack has a younger sibling named Mary James Marsden born in 2005. James Marsden and Lisa Linde were together from 2000 to 2011.

Jack Marsden also has a half-brother, William Luca Costa-Marsden, James’ son born in 2012 with his former girlfriend, Rose Costa. All of Jame Marsden’s children are beautiful.

Jack Marsden Is A Model At Just 18

The Westworld actor James Marsden’s son Jack is already a successful model, and he is only eighteen. Thanks to his attractive dad who has shared his charm with Jack. The handsome Jack debuted his modeling career in Dolce & Gabbana Milan’s Men’s Fashion Week in 2018. He stole the show with his stunning catwalk, and his dad could not stop taking some fabulous snaps of Jack in the show.

Jack Marsden shared that he could not be more proud of seeing his son walk the runway for D&G. Jack’s debut as the brand’s model is a major milestone in his career as a model. Jack himself also shared the pictures of his first ever runway walk saying he got to make new friends. He is certainly going to rock the runway in days to come. Let’s be prepared to see him flaunt designer piece in more fashion shows.

The fashion event is not the only place Jack presents himself stunning. His street style is admirable as well. Basically, whatever he wears, he pulls it off so well. The young model Jack is also open about his relationship on his social media. Currently, Jack Marsden is in a relationship with his girlfriend Lizy KP and they are adorbs.

The gorgeous Jack loves to hang around with his sweetheart Lizy. They can be seen spending their time in public places, and they are not hesitant of publicly displaying their love.

The name Jack is for a boy. It is a nickname for John and James. It is used to refer to any man from the working class.