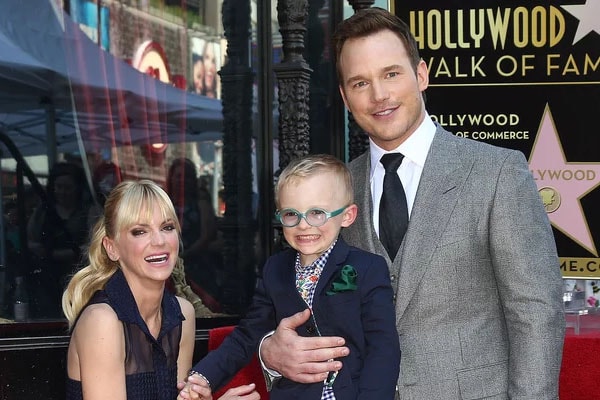 The Guardians of the Galaxy actor Chris Pratt‘s son Jack Pratt was born on the 17th of August, 2012. Chris had his son Jack with his ex-wife, Anna Faris.

Jack doesn’t have any siblings yet. It was a hard time for the little Jack Pratt when he was born. Not many people know this but, Chris Pratt and Anna Faris’ son Jack Pratt was born premature, and he had to spend a month in the NICU (Neonatal Intensive-Care Unit.)

There is a lot of stuff in common between the son-father duo of Jack Pratt and Chris Pratt. Despite being small, Jack loves going on different endeavours alongside his father. Not just attend events or movie premieres, Jack goes on fishing with his father which Chris loves a lot. Once when Chirs and Jack went for fishing, he uploaded a photo by the side of his little man exclaiming how proud he was.

According to Chris, his youngling Jack wants to be like him. He wants to eat all his food and grow as tall as Chris, awe, isn’t it? Jack Pratt’s parents Chris and Anna announced their split last year and finalised their divorce on October 2018. And since then, they are co-parenting to raise their little one.

Jack Has Already Got The Acting Bug

According to Anna Faris, her son Jack has already decided his future. The six-year-old son of Chris Pratt has already started taking acting lessons now. And once a while he does some acting bits too. Well, as far as it goes for acting, Anna loves seeing her kid do it, though she is also hoping that Jack doesn’t become an actor.

Now only time will reveal what has Jack got in store. But we are sure no matter what field he chooses, he will have the complete and utter support of his parents. Though he may have to work hard to reach his parents’ level. Plus to reach Chris Pratt’s Net worth, Jack has to walk extra miles.

The name Jack is derived from the name Jackin which is a medieval form of John which means Jehovah has been gracious in Hebrew.