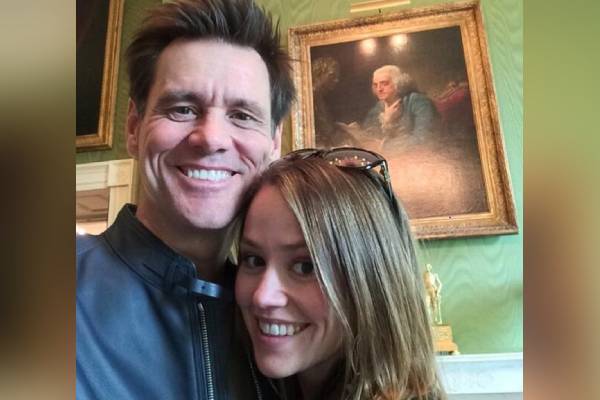 Jim Carrey and Jane Erin Carrey are the two most heard of names in the entertainment world. The former is an actor, comedian, writer, and producer mostly known for his works in In Living Color, Ace Ventura: Pet Detective, The Mask and Dumb and Dumber, Batman Forever, and Liar Liar. Likewise, Carrey’s daughter Jane is a gifted actress and singer who rose to prominence after auditioning for the 11th season of American Idol.

The father-daughter duo is one of Hollywood’s most well-known family members. As a result, it’s only natural for anyone associated with them to be as famous as possible. So, it’s fair to say that the world went berserk when Jane Carrey’s son was born. While the rest of the world watched Jane grow into the amazing lady she is now, Jim Carrey’s grandson has been kept in the dark, except for a few public appearances. Consequently, people know very little about the baby boy.

So, in this article, let us know more about Jane Erin Carrey’s son and Jim Carrey’s grandson, Jackson Riley Santana. Moreover, let us look at how the celebrity child is growing up.

Only Son of Jane Erin Carrey

It’s safe to stay that the world was ecstatic to learn that legendary actor Jim Carrey’s only daughter was set to marry Alex Santana, the lead singer of Blood Money. What was even more exciting was that Jane was already expecting a child with her then-partner. According to IMDB, the now-divorced couple exchanged wedding vows on November 14, 2009.

Jane Carrey gave birth to her only son Jackson Santana in February 2010, just three months after marrying the lead vocalist in Los Angeles. The word of Jackson’s birth circulated quickly, and the public was thrilled to learn of Jim Carrey’s grandson. The actor himself was overjoyed and tweeted a picture of the newborn to express his gratitude.

Moreover, the press frequently snapped pictures of Jackson with his grandfather. The celebrity kid also attended social events with his family.

However, news of Jackson Santana’s parents’ separation made headlines not long after their wedding. Jane then filed for divorce from Alex and requested joint custody of their one-year-old boy. While Santana’s parents have never spoken about why they divorced, Jane claimed irreconcilable differences as a reason for their split.

A spokesperson for Jim Carrey then told People that the two would remain friends to care for their only child. So, it is fair to presume there is no animosity between the ex-couple.

After their separation, the former couple decided to raise their son away from the limelight. Still, as their only son, Jackson’s parents must have raised him with great love and affection. For now, let us wish Jane Erin Carrey’s son well and hope that he embraces the spotlight that he was born into.

Jane Carrey’s Son Stays Away From The Limelight

We can all agree that Jackson Santana was a celebrity in the public’s eyes from the day he was born. Whether he liked it or not, the press was watching his every move. And, let’s face it, having the paparazzi capture every detail of your life is much like having a personal stalker. So, understandably, many celebrities prefer to hide from the limelight.

Likewise, Jane Carrey’s son has opted to remain away from the spotlight as he got older. So, while there are a lot of paparazzi photos of the little one of when he was a toddler, the media hasn’t seen him in a long time.

However, this has not stopped Jackson’s grandfather from sharing a few details about their relationship. According to the proud grandpa, Jackson loves playing video games and is an amazing guy.

Yet, apart from the snippets of information shared by his family members, the public knows little about the celebrity child. Additionally, Jackson has no social media presence, making it impossible to learn what he is doing now. So, while Jackson’s parents and grandfather are well-known figures in the entertainment industry, it may be some time before we see him share their spotlight.

Moreover, with an actress as a mother and a musician as a father, Jackson must have a creative bone in him. And while what his interests are is unclear, it won’t be a surprise if one day we see Jackson Santana in front of our screen entertaining people.

Regardless of what he chooses to do in the future, we wish Jim Carrey’s grandson all the success.

Jackson is a common name of English origin which means Son of Jack. Secondly, Riley is a typical name of Irish origin that means wood clearing. However, it can also stand for valiant.